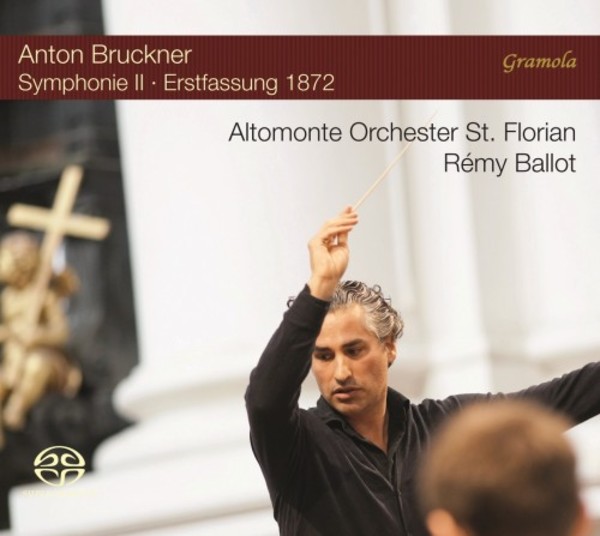 Bruckners Second, like most of his symphonies, underwent numerous changes and revisions during the composers lifetime, in this case on the advice of his patron, Hofkapellmeister Herbeck, before the first publication by Bruckner himself, so as not to overwhelm the audience. The sheet music of the very first unheard version lies in the archive of the Saint Florian Abbey, from which the prominent Bruckner researcher William Carragan reconstructed the first untouched version of this great symphony. This version is presented as a live recording from the Bruckner Tage 2019 with the Altomonte Orchestra under the baton of Rémy Ballot.

Rémy Ballot was born in Paris. While studying violin, music theory and music teaching at the Conservatoire National Supérieur de Musique de Paris, where he completed his studies with a diploma, at the age of 16 Ballot met his mentor Sergiu Celibidache, under whose guidance he ultimately developed his own individual style.

Rémy Ballot is guest conductor of numerous orchestras in Europe. Special ties connect him with the Festival Brucknertage St. Florian, where each year he rehearses and performs a symphony by Anton Bruckner.