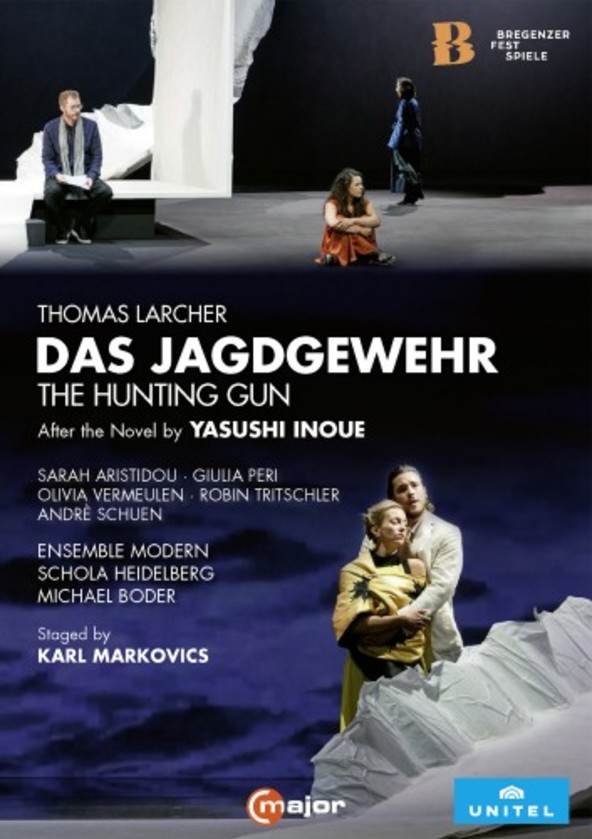 Thomas Larcher has adapted Yasushi Inoues best-seller The Hunting Gun for his first opera, with a libretto by Austrian Book Prize winner Friederike Gösweiner. Austrian actor and film director Karl Markovics made his debut as stage director for an opera. The story tells of three women, who speak in three letters addressed to the same man, a hunter  his wife, his lover and his lovers daughter. As the women react to the revelation of illicit love, the hunters life is laid bare.
Great moments: world premiere of Thomas Larchers opera Das Jagdgewehr at the Bregenz Festival.  Wiener Zeitung
The Austrian composers first opera is inventive  The Times
a clear, powerful text, some striking imagery and a luminous score of great beauty and originality ensure this operas success.  The Observer
Cast:
- Shoko: Sarah Aristidou
- Midori: Giulia Peri
- Saiko: Olivia Vermeulen
- The Poet: Robin Tritschler
- Josuke Misugi: Andrè Schuen