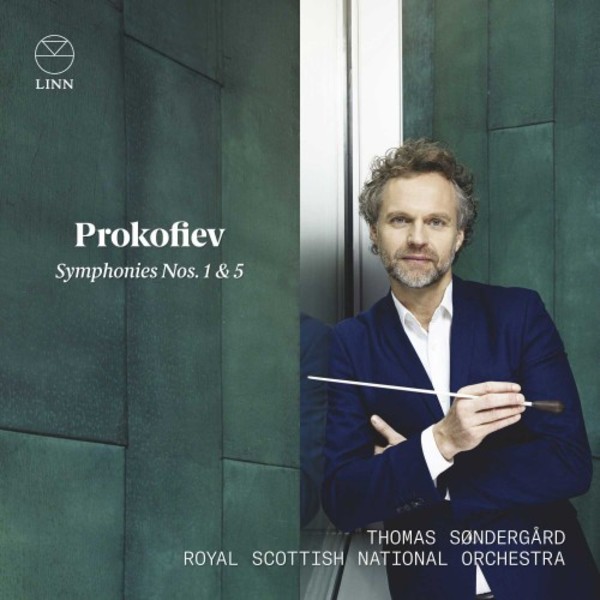 Prokofiev delights in paying homage to Haydn in his neo-classical masterpiece; its characterful melodies, freshness and overall joie de vivre have established Symphony no.1 as enduringly popular. In contrast the Fifth Symphony was forged in the flames of war, and dedicated, Prokofiev said, to the greatness of the human spirit.

Following a concert performance The Herald commented, This was the conductor at his most energetic and impassioned, and it drew a corresponding performance from the orchestra. Prokofiev has been a key focus for Søndergård since 2016 and the conductor has announced plans to complete a symphonic cycle over four seasons with his orchestra.

Danish conductor Thomas Søndergård is Music Director of the Royal Scottish National Orchestra, following six seasons as Principal Guest Conductor. He served as Principal Conductor of the BBC National Orchestra of Wales from 2012-18 and, prior to this, as Principal Conductor and Musical Advisor of the Norwegian Radio Orchestra for three seasons. Søndergård has conducted many leading orchestras and is also an experienced opera conductor, at home in mainstream and contemporary repertoire.

The RSNO is one of Europes leading symphony orchestras; it performs across Scotland and appears regularly at the Edinburgh International Festival, the BBC Proms and the St Magnus Festival, Orkney. The Orchestra also regularly tours internationally, most recently to the United States of America, China, and across Europe. The RSNO has a worldwide reputation for the quality of its recordings, receiving two Diapason dOr de lannée awards and eight Grammy Award nominations.

Prokofievs century-old Classical Symphony was every bit the neoclassical re-voicing of Haydn, lithe and crisp, its proportions taut but flexible enough to accommodate tasteful melodic nuance. - The Scotsman

Symphony No 5  is a vehicle for a full orchestra at full tilt and the RSNO is currently firing on all cylinders. - The Herald

Prokofievs first symphony  is deceptively tricky and the RSNO and conductor Thomas Sondergard  gave a top-class performance. - The Perth Courier

...what connects the two is Prokofievs preoccupation with simplicity and clarity. Such qualities abound in two magnificent performances by the Royal Scottish National Orchestra under Thomas Søndergård. Rarely will you hear the Classical Symphony etched so finely, the orchestral colours warming the traditionally cool textures. The Fifth Symphony offers pungency and bite to which Søndergårds precision engineering injects a laser-like hysteria that sets the music ablaze.
The Scotsman February 2020

Sondergard and the RSNO bring huge intelligence, as well as a light touch, to the precocious young composers provocative work.
The Herald February 2020