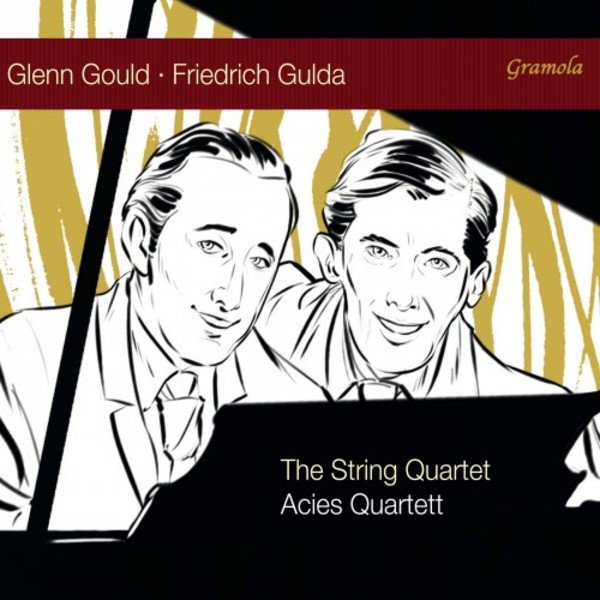 Glenn Gould and Friedrich Gulda were almost the same age, Gulda was born in 1930, Gould in 1932. They would both later gain world fame as pianists on both sides of the Atlantic.

Both were pianistic superstars in the fifties of the last century and have irritated their audiences with their eccentricity for various reasons.

But in their late teens neither one nor the other was foreseeable. Their musical education stood on a broad basis, Gulda, having been a composition pupil of Joseph Marx was closer to late romanticism than the avant-garde, whereas Gould had already discovered his inclination to the Second Viennese School. And so both of them wrote a string quartet before their pianistic careers, which in Goulds case is his Opus 1 (without ever being followed by an Opus 2), while Guldas work finds its place within a variety of other student works.

What if they had not found their way to the piano? Here the two gifted musicians give two possible answers.

Professor Brian Finlayson gave the members of the Acies Quartet their initial instruction in chamber music. In 2005 and 2006 these four young musicians accepted invitations to New York to attend courses with members of the Juilliard Quartet.

From 2008 to 2012 the ensemble studied at the Instituto Internacional de Música de Cámara de Madrid with Professor Günter Pichler (Alban Berg Quartet). The Acies Quartet has played in its present formation since May 2016.