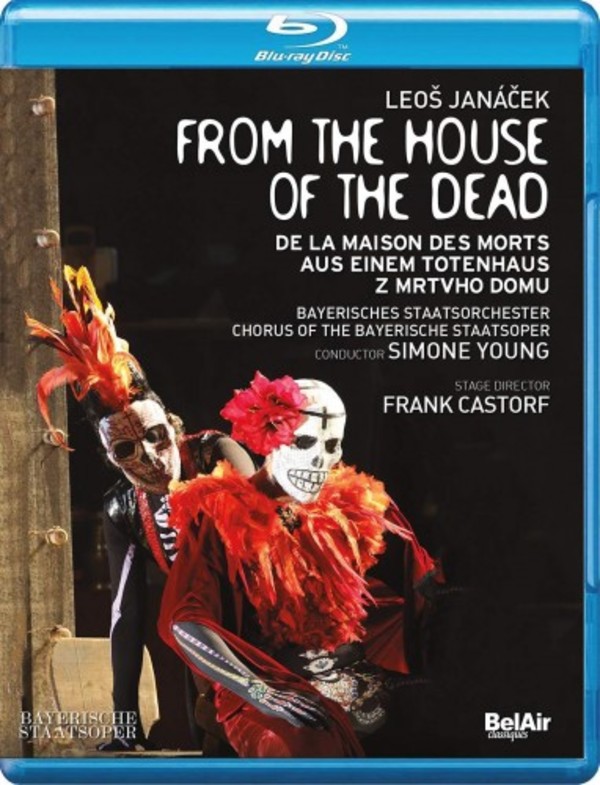 Janacek - From the House of the Dead (Blu-ray)

From the House of the Dead

From the House of the Dead

Death is never far away in Leo Janáčeks work: in The Cunning Little Vixen, the main character falls under the fire of a hunter, Katya Kabanova kills herself, Emilia Marty in The Makropulos Case has to deal with the hard consequences of eternal youth. From the House of the Dead makes no exception, especially since the composer knew he was living out his final days when he decided to adapt into an opera Fyodor Dostoyevskys eponymous novel, a literary work inspired by the time the novelist spent in a Siberian prison. This painful feeling of ineluctability pervades through his disillusioned and savage score, that recounts the hopeless life of the convicts of a Russian prison camp. In this place where life has already drawn out, in this no mans land forsaken by civilization, Janáček portrays the anonymous and daily sufferings, the abuses, the corporal punishments, but also evokes fragments from the prisoners past, bringing them back to life for the duration of a game or of a story.

Against this background that contrasts the empathic solidarity of simple men with the horrific brutality of the prison guards, stage director Frank Castorf - who created a memorable Ring Cycle in Bayreuth for the Wagner Bicentennial in 2013 - embraces the aesthetics of grotesque and absurd suggested by Janáčeks score, and chooses to crudely display, with stark realism, the physical and psychological violence at the heart of the opera. In the pit, conducting the Bayerisches Staatsorchester, Simone Young underlines the power plays and the overwhelming lyricism unleashed by Janáčeks music. As the main protagonists, Peter Rose, Charles Workman and Bo Skovhus, all familiar with Janáčeks subtleties, bring back to life these agonizing anti-heroic characters forsaken by God and men.