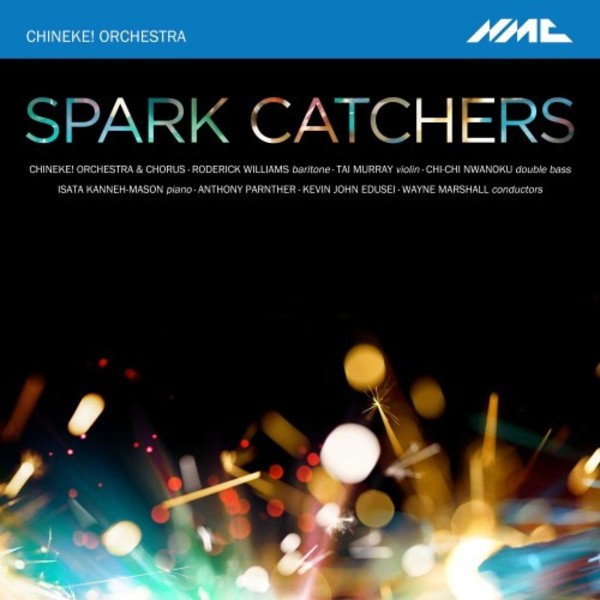 Errollyn Wallen pays homage to Bach and Corelli in Concerto Grosso with its combination of dance elements and the buoyant rhythms of Baroque and popular music. James Wilsons evocative The Green Fuse is inspired by Dylan Thomass poem The force that through the green fuse drives the flower and Julian Josephs energetic Carry That Sound combines elements of jazz and blues harmonies.

Daniel Kidanes Dream Song was written for the reopening of Southbank Centres Queen Elizabeth Hall in 2018 and sets words from Martin Luther Kings powerful I have a dream speech, sung by soloist Roderick Williams. Hannah Kendalls The Spark Catchers draws on the dynamic poem by Lemn Sissay, commissioned for Londons 2012 Olympics. Philip Herberts poignant Elegy is a tribute to Stephen Lawrence who was murdered in a racist attack in London in 1999. Herbert says There is a need to place a higher value on the strength that comes from diverse peoples living together in Britain.

The Chineke! Foundation was created in 2015 to provide career opportunities to established and up-and-coming Black and Minority Ethnic (BME) classical musicians in the UK and Europe.

When I founded Chineke! in 2015, one of the most important aims, as well as creating a top-class orchestra comprising a majority of Black and Minority Ethnic (BME) musicians, was to champion the music of BME composers, both living and from the past. Over these last three years we have given many performances of new commissions and existing works by some of the UKs leading BME composers and I am delighted that six of these works are now captured in perpetuity on this NMC Recordings album. Chineke! has derived enormous pleasure in performing and recording these works, which represent such a variety of instrumentation and mood, and I hope that you, the listener, will gain as much enjoyment from hearing them.  Chi-chi Nwanoku, OBE, FRAM, HonFTL