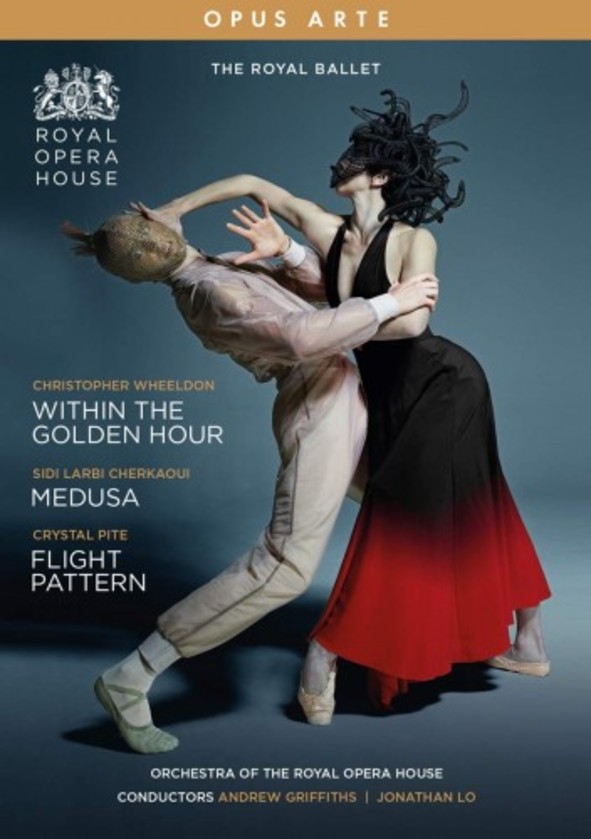 Within the Golden Hour (Vivaldi)

Within the Golden Hour (Vivaldi)

A triple bill of stunning new works from three of the worlds most in-demand choreographers.

The contemporary face of The Royal Ballet is shown in works from three of today's leading choreographers.

Christopher Wheeldon's Within the Golden Hour is based around seven couples separating and intermingling, to music by Vivaldi and Ezio Bosso and lit with the rich colours suggested by sunset.

In Flight Pattern, Crystal Pite combines Górecki's haunting Symphony of Sorrowful Songs with a large dance ensemble to create a poignant and passionate reflection on migration.

Between them, Medusa is new work inspired by the Greek myth, created for The Royal Ballet by the acclaimed choreographer Sidi Larbi Cherkaoui, which juxtaposes Purcell arias with an electronic score by Olga Wojciechowska.

A special word for the endlessly inventive, musical Golden Hour  pretty much a perfect ballet, danced with energy, brio and wit by all.  The Guardian ★★★★