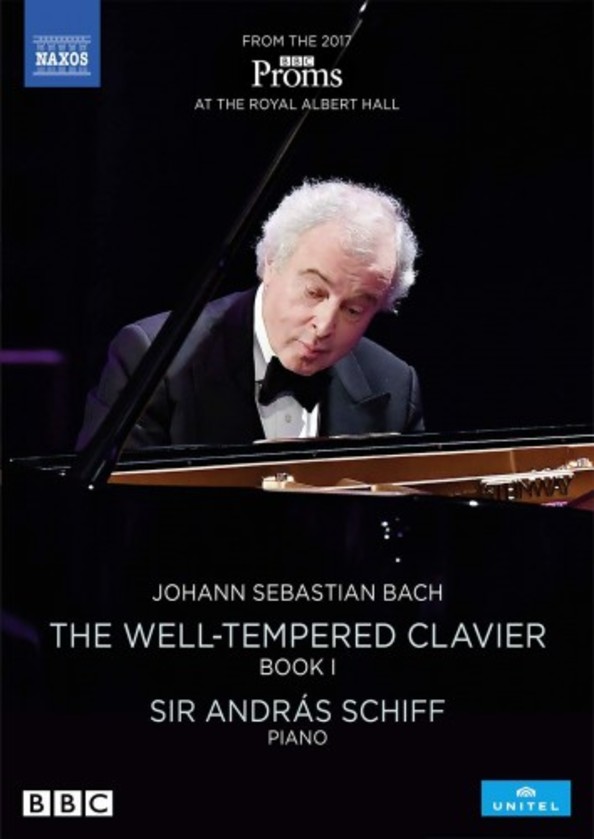 Johann Sebastian Bach was undoubtedly the greatest musical thinker of his age. Dubbed the Old Testament of music by the conductor and pianist Hans von Bülow, The Well-Tempered Clavier is acknowledged to be one of the most significant works ever written for the keyboard. Each of these 24 preludes and fugues encapsulates its own mood, and Bachs delight in mixing technical strictness with freedom of expression has made this work an indispensable element of Western culture for centuries. Sir András Schiff is heralded as one of the finest Bach interpreters today, and this first complete performance at the prestigious BBC Proms was summed up as stupendous by The Independent.

Much interest was generated when it was announced that Schiff would play Book 1 of The Well-Tempered Clavier as part of the 2017 BBC Proms at a late-night concert performed without a break. The well-attended concert was recorded to the BBCs usual superlative high standards, and with both the highly-charged atmosphere of the event and Schiffs every nuance captured in High Definition image and sound make this audiovisual release something to treasure.

This BBC Proms concert was extremely well-received in the press. Aaron Davies of bachtrack.com wrote that I was left with no doubt that Schiff is almost certainly the standard bearer for the keyboard works of J.S. Bach  quite possibly the best since Glenn Gould. The Arts Desk stated that Schiff, without score or interval, sculpted around 100 minutes of music into a perfectly paced narrative Schiffs gracious lucidity lets the tension and drama inherent in each piece speak directly to us with a performance style that train our ears to hear each finely articulated element and steers clear of flashy stunts. As far as The Independent reviewer was concerned, this was the most riveting performance of the work I have ever heard, as for two hours Schiff turned the huge and well-filled hall into a bowl of rapt silence. He delivered the endlessly walking line of the final prelude with majestic assurance, and if the gravely enigmatic final fugue denoted death, this was death of an entirely serene kind. It really was stupendous.

Not all pianists in their mid-sixties are necessarily at the peak of their powers. Schiff unquestionably is. His technical and musical mastery consistently aims high and digs deep, seeming to bypass the piano and penetrating each Prelude and Fugue on its own terms.  these two discs constitute The Well-Tempered Claviers reference video version, a winning combination of the BBCs high production values and Schiff on peak form at full capacity in music that he profoundly cares about.  Jed Distler
Gramophone May 2020