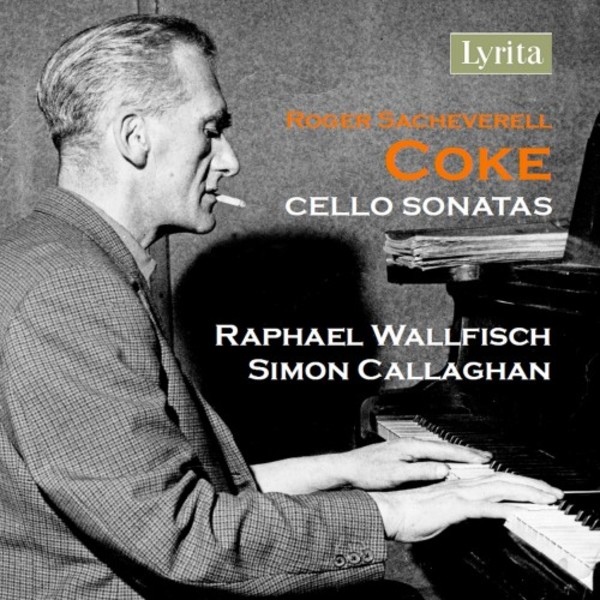 Thanks to the tireless advocacy of the pianist Simon Callaghan, the music of the Derbyshire-born Roger Sacheverell Coke has started to emerge from the obscurity in which it has languished since the composers death in 1972. Despite showing considerable early promise, Coke remained an outsider in British musical life. Following studies at Eton (until 1931), he took private lessons with Mabel Lander (piano) and Alan Bush (composition) rather than attending university or music college. Coke credited Bush for helping him to find his musical voice, and cited Arnold Bax as a major influence, but his musical sympathies also extended to Bruckner, Mahler and Rachmaninov at a time when all three were deeply unfashionable among musical cognoscenti. The three cello sonatas featuring on this disc frame the years 1936 to 1941, a very productive period in Cokes life. It is a measure of Cokes confidence in the cello sonatas that he programmed them all in a single concert at the Wigmore in London on 6 October 1951, with the cellist Sela Trau, and invited critics from several of the major broadsheets.

Raphael Wallfisch is one of the most celebrated cellists performing on the international stage. He was born in London into a family of distinguished musicians. Raphael has recorded nearly every major work for his instrument including a wide range of British Cello Concertos.

Steinway Artist Simon Callaghan performs internationally as a soloist and chamber musician. His recent tours have taken him throughout Asia, Canada and Europe. He has performed at all of the UKs major concert halls including Wigmore Hall, Royal Festival Hall Birmingham Symphony Hall, Liverpool Philharmonic Hall, St Davids Hall Cardiff and Manchesters Bridgewater and Stoller Halls. Simon puts great value on teaching and regularly gives masterclasses. He is also a PhD Researcher at the Royal Northern College of Music, working to bring the oeuvre of Roger Sacheverell Coke into the public domain.