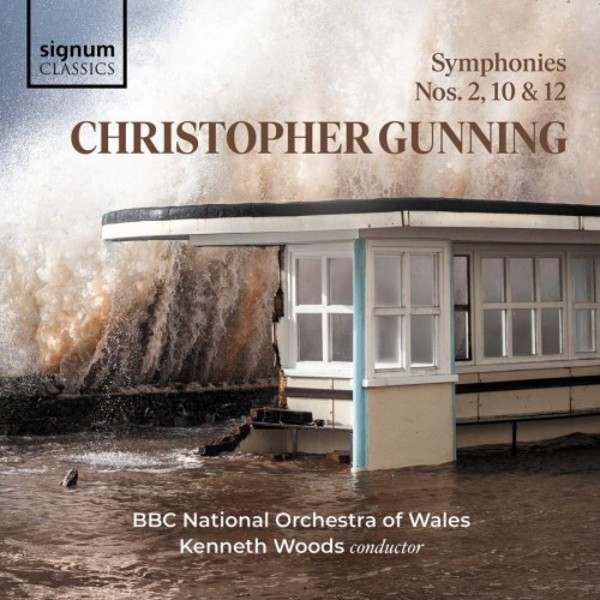 Christopher Gunning has composed twelve symphonies, as well as concertos for the piano, violin, cello, flute, oboe, clarinet, saxophone and guitar; many of these have now been recorded. He has also composed many scores for films and television dramas, including Agatha Christies Poirot, La Vie en Rose, Middlemarch, Cold Lazarus, Rebecca, Under Suspicion, Firelight, The Big Battalions, Wild Africa, When the Whales Came and Porterhouse Blue. With a career spanning 50 years, he has won 4 BAFTA and 3 Ivor Novello Awards and BASCAs prestigious Gold Badge Award.

Christopher studied composition with Edmund Rubbra and Sir Richard Rodney Bennett at the Guildhall School of Music and Drama. After a hugely successful career writing for the big and small screen he is now focussed on his classical work and releases.

Gunnings Second Symphony has been composed over a period of years, starting in 2003. Gunning struggled to finish the composition at first but when the opportunity arose to record the Symphony with the BBC National Orchestra of Wales, he uncovered the symphony in early 2018. He then worked towards the recording session, tightening the structure and rationalised the orchestration, preparing the composition for the final session, which can be heard on this record.

Symphonies 10 and 12 were much simpler for Gunning. No.10 was composed in a very natural way; the starting material of the symphony allowed Gunning to move from one section to the next with ease. Symphony no.12 is the most tonal of the three symphonies. It begins with an uncertain feel, before rising to a climax, and then down to a feeling of mystery. The second movement was inspired for a friends funeral, beginning with a bell, calling people up to the chapel. It then takes influences from English music and countryside (both of which the friend enjoyed), before reverting back to the bell idea again at the end of the funeral.