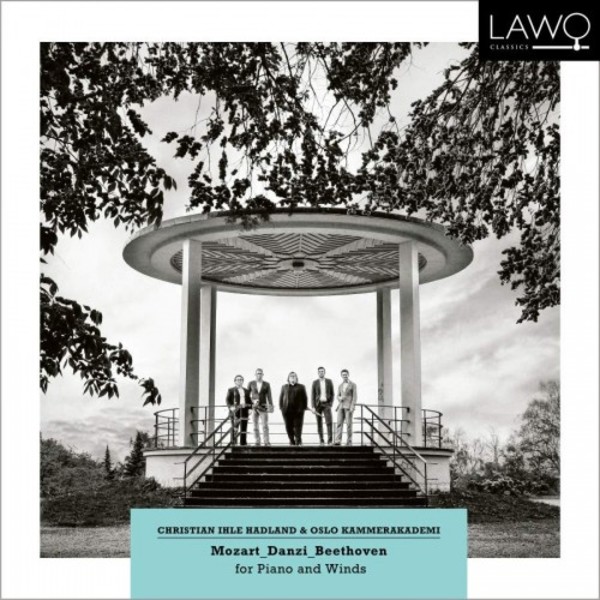 Quintet in D minor for winds and piano, op.41

Quintet in D minor for winds and piano, op.41

During their first 10 years, the Oslo Kammerakademi has released a number of acclaimed recordings on the LAWO Classics label, and in this, their anniversary year - along with pianist Christian Ihle Hadland - offer some extra special treats for piano and winds!

W.A. Mozart wrote the following in a letter to his father on April 10, 1784 about his Quintet in E flat major, K452, for piano and four winds: I hold it to be the best work I have ever written. At this time, Mozart was already a celebrated composer with more than 450 works to his name. Not surprisingly, Mozart writes fantastically well for piano. He also writes completely idiomatically for winds; perhaps no composer, before or since, has brought forth the voice of each individual wind instrument in the same way as Mozart.

Composing quintets for this instrumentation in the wake of Mozarts pioneering work couldnt have been an easy task, but after all Danzi came from Mannheim, where Mozart a few years earlier had become acquainted with the citys renowned court orchestra, which in itself was pioneering. The orchestra was known, among other things, for using the winds to a much greater soloistic extent than what was considered the norm in Mozarts hometown of Salzburg. Danzis biggest accomplishment as a composer was his ability to place winds on the map for a large number of chamber music works.

Beethovens Quintet makes clear references to Mozarts trailblazing work for this instrumentation. He chooses the same key, and the work possesses the same external structure as Mozarts, but the content is completely different. Beethoven displays an emotional depth whereas Mozart sets himself on a divergent track - Beethoven offers surprises and unforeseen whims, while Mozart chooses to be gallant and poised.

Christian Ihle Hadland and Oslo Kammerakademi exhibit their distinctive signature on this CD - virtuosic and passionate playing combined with historical performance practice, alongside modern and historical instruments, in beautiful unity. Christian Ihle Hadland has established himself amongst the European elite as a soloist and chamber musician. Critics have called attention to Hadlands broad diversity in his treatment of sound, subtle phrasing, and singing tone. Oslo Kammerakademi performs chamber music for winds with the historical Harmoniemusik instrumentation as a foundation. Founded by Artistic Director and oboist David Friedemann Strunck, the ensemble has established itself as a leader in Europe, with critically acclaimed CD recordings and recurring invitations to prestigious festivals. Oslo Kammerakademi utilizes historical brass instruments in repertoire from the baroque, classical, and romantic periods.