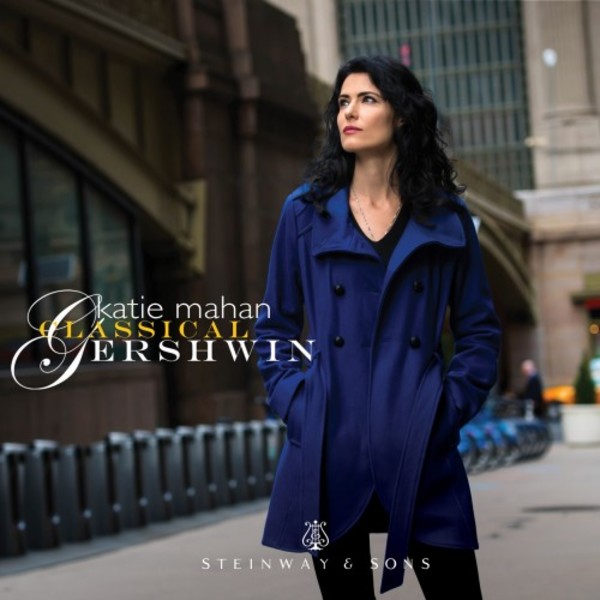 » Our love is here to stay (arr. K Mahan for solo piano)
Lady, Be Good

» Our love is here to stay (arr. K Mahan for solo piano)
Lady, Be Good

Katie Mahans first album on the Steinway label is dedicated to the memory of the Classical Gershwin whose music brought crowds to the classical concert halls, who successfully incorporated the nuances of jazz and popular music to create a classical music that was uniquely and authentically American.

This album highlights the work of iconic American composer George Gershwin through a set of classically conceived arrangements of his most beloved songs. These arrangements by pianists Katie Mahan and Earl Wild favour the classical style rather than the improvisatory style we so often hear.

The programme selections are bookended by Gershwins two rhapsodies  Rhapsody in Blue and the Second Rhapsody, showcasing the evolution of Gershwins personality and character through the eight years of compositional development that separate them. Interspersed are some of the composers most well-loved songs, which highlight Gershwins signature lighter side. Although these pieces were primarily composed as popular songs for musicals, they nevertheless contain a wealth of compositional qualities that are enhanced and explored in the two rhapsodies on the album.

Also included in the release is a bonus DVD of Rhapsody in Blue, brought to life as a musical journey through Gershwins beloved New York City. Filmed in the Big Apple, this video tells the interesting story behind the great work, which was composed in a matter of hours on a train ride from New York to Boston.

American pianist Katie Mahans life has always been filled with music, and at the age of four, inspired by attending a performance of Gershwins An American in Paris given by the famous French piano duo, Katia and Marielle Labèque, she decided that she wanted to be a concert pianist.  She subsequently began piano studies with her mother, Bobette Mahan, giving her first solo recital two years later at the age of six. An American in Paris opened the door to the vast world of classical music for Katie, and her love of Gershwin quickly led her to discover the music of Debussy and Ravel, the French composers that Gershwin idolized.  Although Katies music now takes her all over the world, she never forgets her American heritage, and the great American composer who inspired her to become a pianist. Her programmes often feature her own classical arrangements of her beloved countrymans music, alongside works of Debussy and the Viennese classical repertoire.

Katies greatest pianistic influence came from her studies with the celebrated French pianist Pascal Rogé, with whom she studied the music of the French Impressionists. Rogé  who traces his musical heritage directly back to the great French tradition of Debussy and Ravel  was not only an important pianistic influence on Katie, but also inspired her to devote years of study to the search for understanding of French music, art and stylistic tradition.

Since making her orchestral debut in 1999 performing Gershwins Concerto in F with the Breckenridge Symphony, Katie has appeared in concert throughout the USA, Europe, Canada, the Middle East, Russia and Japan. She has performed with such celebrated conductors as Jiří Bělohlávek, Marin Alsop, Grant Cooper, and Lawrence Leighton-Smith, among others, and in such famous halls as the Konzerthaus in Berlin, the Prinzregenten Theatre in Munich, the Great Hall of the Moscow Conservatory in Moscow, and the Smetana Hall in Prague.

Brilliant, masterly playing... associations with the young Clara Schumann were revived  she could have played like this.  New Ruhr

What amazed the listener most what the striking dynamic range... a pianissimo of the most tender poetry to a fortissimo of thunderous passion. An exquisite and memorable performance which was both soulful and powerful, and of great artistic understanding.  Rocky Mountain News