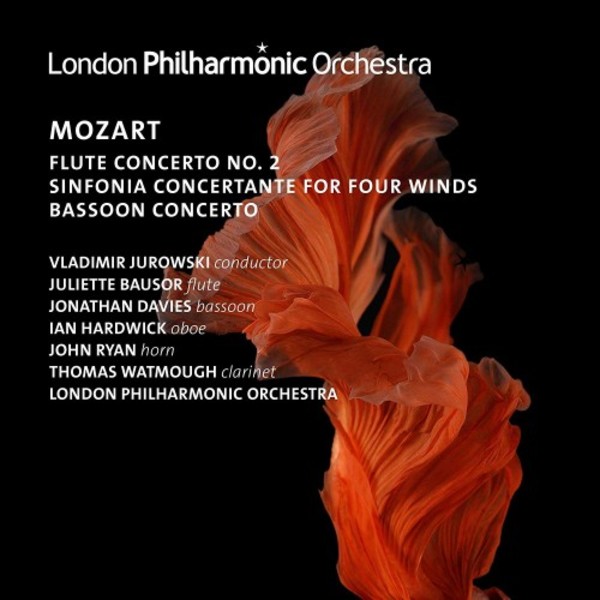 After 10 years as Principal Conductor, Vladimir Jurowski made this concerto recording to showcase some of the amazing musicians who play next to each other every day in the London Philharmonic Orchestra. This is especially evident in the Sinfonia Concertante for four wind instruments.

This is a rare studio recording on the LPO label.

Juliette Bausor has already recorded Mozarts Flute Concerto no.1 with the Royal Northern Sinfonia, conducted by former LPO Principal Flute Jaime Martín. Juliette has performed as a concerto soloist with the London Symphony Orchestra, Ulster Orchestra, Academy of St Martin in the Fields and European Union Chamber Orchestra among others.

Jonathan Davies was appointed Principal Bassoon of the Royal Philharmonic Orchestra at the young age of 22. He then moved to the London Philharmonic Orchestra two years later. Jonathan Davies made his London concerto debut at the Barbican aged 13. Other solo highlights have include Haydns Sinfonia Concertante alongside Maxim Vengerov and Elliott Carters Retracing for solo bassoon in the Purcell Room. Jonathans studies were supported by the ABRSM and Sir Elton John scholarships and he graduated with the HRH Princess Alice The Duchess of Gloucesters Prize.

Mahler - Symphony No.1 (including Blumine)