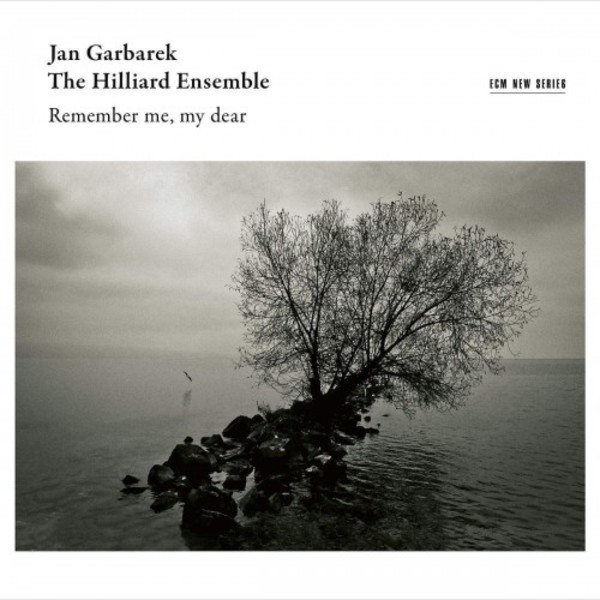 Remember me, my dear

Allting finns
We are the stars

Most Holy Mother of God

Allting finns
We are the stars

Most Holy Mother of God

25 years on from the release of Officium, the groundbreaking alliance of Jan Garbarek and The Hilliard Ensemble, comes Remember me, my dear, recorded during the final tour the group made in October 2014.

Named for the Scottish ballad which concludes it, the programme is emblematic of the range of repertoire the Norwegian saxophonist and British vocal quartet explored together - from Pérotin, Hildegard von Bingen, Guillaume le Rouge, Antoine Brumel to Komitas, Arvo Pärt and more.

It could be said that the Hilliard/Garbarek combination, in concert, transcended its source materials, with early music, contemporary composition and improvisation interfused in the responsive acoustics of sacred spaces. And this final album reminds us that this unique grouping, and its unprecedented exploration of sound, was consistently breathtaking.

They were first brought together by producer Manfred Eicher in 1993. With Officium, the debut album made the following year, something came into existence that was not there before, in Garbareks words, and the music touched a large international audience. A million copies of Officium were sold swiftly, and a thousand concerts - many in churches, abbeys and other sacred spaces - followed over a 20-year period. And there were further recordings, the double album Mnemosyne (1999) and Officium Novum (2010).

From their formation in 1974 to their eventual disbanding in 2014, The Hilliard Ensemble have been one of the most distinctive vocal groups not just in the world of early music but in the contemporary field too, with a chronologically vast repertoire ranging from Pérotin and Dunstable to Cage, Pärt and Rihm. From 1994 onwards, one of their most distinctive, widely-praised and commercially successful collaborations was with saxophonist Jan Garabarek: starting with the Officium album released on ECM Records that year, and continuing through Mnemosyme (1999) to Officium Novum (2010), their Officium trilogy reached millions of listeners who would otherwise have had little engagement with the world of early music. Garbareks saxophone added a fifth voice to the ensemble, weaving in and out of the textures, sometimes dominating with its keening, bending tones, at others supporting the vocal quartet, now close up, now at a distance in atmospherically resonant acoustics which added a further dimension beyond the actual notes he played. The Hilliards have always had an unmistakably clean-cut, clear-toned sound, which has proved ideal for this collaboration where distinct edges and identities become blurred and volatile, often mesmeric.

During their final season, the Hilliards once again teamed up with Garbarek for a farewell tour of the Officium project, and it is from one of those concerts, recorded in the Chiesa della Collegiata of Saints Peter and Stephen, Bellinzona in Switzerland in October 2014, that the present recording comes. Gathering together numbers from across the Officium project, including Komitass Ov zarmanali, Garbareks own Allting finns and Arvo Pãrts Most Holy Mother of God, all either subtly or strikingly different from their earlier recordings (Garbareks solo in the Pärt, for instance, is quite new). Other favourites making a reappearance include the 15th-century Se je fayz deuil by Guillaume le Rouge, and the anonymous Sanctus that featured so memorably on the original Officium album. All are infused with a new expressive flexibility and depth, so that even those listeners who already have the existing trilogy will want to hear this disc, while a wholly and rather catchy new addition is the anonymous medieval Procurans odium.

The disc culminates with a dazzling sequence that kicks off with the groups animated take on Pérotins organum Alleluia nativitas, Garbareks syncopated sax solos cutting across the lively compound time of the other voices to give the whole a dynamic, dance-like quality. The full space of the church is used in the cover of Hildegard of Bingens spiritual masterpiece, singers as well as saxophone wandering away and back to impart a remarkable multi-textured atmosphere, David Jamess unmistakable countertenor itself taking on some of the edginess of a saxophone, so that the blurring of voice/instrument distinctions becomes yet more fluid. Then follows Garaberks own magically haunting We are the stars. From this emerge the opening notes of an Agnus Dei by Antoine Brumel in which Garbareks decorative solos add further tender perspectives. Another new take on an old favourite (from Mnemosyme), the 16th-century Scottish Remember me, my dear acts as an entirely apt and moving finale, serving in this context not so much as a Memento mori as a Memento vivere.

Presented very much as a live event, the recording captures audience noise as well as the artists, some rustling and a few coughs, but for once this actually adds to the atmosphere and sense of space, as does the the closing applause. As ever with ECM, the sound, mixing and presentation are exemplary, although there are no sung texts. But this is a disc that transcends boundaries, not just vocal, instrumental and acoustic but also generic: terms like classical, jazz, folk and even crossover as it is conventionally understood are immaterial here. This is a profoundly immersive experience, one that every admirer of Garbarek, the Hilliards, and the Officium project as a whole should hear as a matter of urgency.

Once heard, never forgotten, Norwegian saxophonist Jan Garbarek and The Hilliard Ensemble, Garbarek the Blakean serpent weaving among the angels. ... this beautifully engineered disc concludes a four-album trans-millennial tale that helped define meaningful music for a generation. It crosses over while maintaining integrity on both sides of the divide and deserves to reach the widest possible audience.  Rob Cowan
Gramophone January 2020 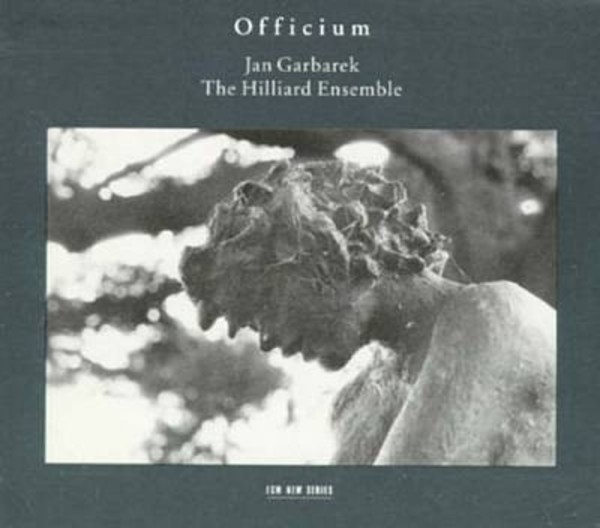 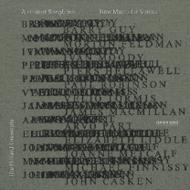 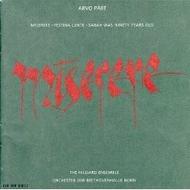 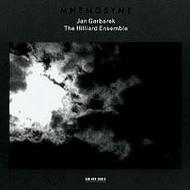 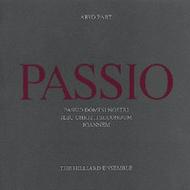