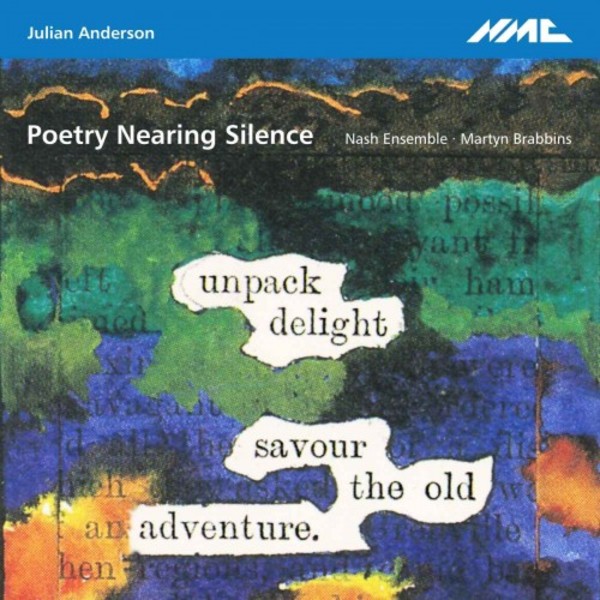 This album focuses on Julian Anderson's chamber music. The earliest piece, Ring Dance, written in 1987 and the most recent, Van Gogh Blue, in 2015. Three of the works on the album, Poetry Nearing Silence, Prayer and Van Gogh Blue, were originally composed for the players of the Nash Ensemble, one of the leading chamber ensembles and champions of British new music.

Anderson is a master of evocative titles. Van Gogh Blue is inspired by numerous letters from the artist to his brother Theo. The colour blue was a particular and now famous obsession of his. The Bearded Lady reflects of the story of Baba the Turk, Ring Dance is influenced by the timbre of the Hardanger, a resonant Norwegian folk fiddle. The album title track Poetry Nearing Silence  a suite in eight movements  is inspired by an unusual book of drawings and poems by the artist Tom Phillips entitled The Heart of a Humument.

'Julian Andersons music is hard to pin down. It belongs to no school, aesthetic construct or neat -ism. Andersons music overflows with a richness and plurality of technique, expression and sheer sound, from abstract noise to throbbing euphony, dissonance to consonance, diatonic modes to twelve-tone harmony, and many shades in between. Yet there is also remarkable precision amidst the exuberant abundance of material, not just in the passages of deceptive simplicity, but also in the most whirligig hubbub of textures with natural or microtonal tunings, for Andersons exceptional compositional craft and formidable ear enable his personality full expression.'  Christopher Dingle