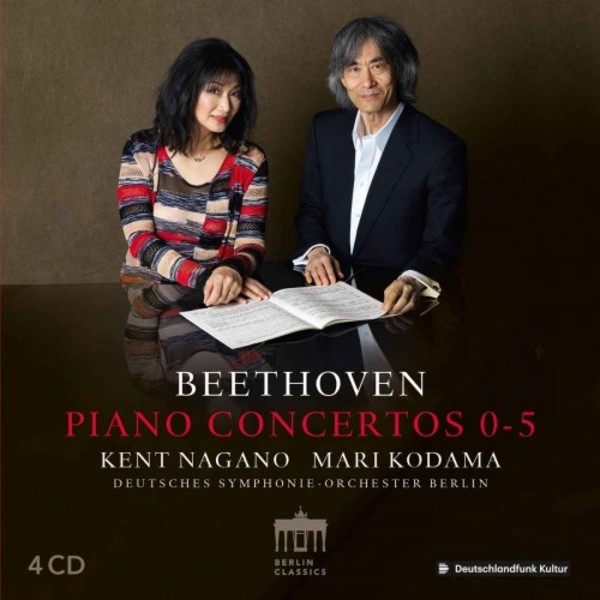 Together with the Berlin-based Deutsches Symphonie-Orchester (DSO) Mari Kodama and her husband Kent Nagano have now completed the recording of all of Beethovens piano concertos by jumping, as it were, back in time twice: the last element of this recording series that has spanned more than 13 years was Beethoven's concerto number nought (WoO 4)  personally edited by Mari Kodama from the autograph score.

The original manuscript of this piano concerto is kept at the State Library in Berlin. This is not a completed score, because there is no orchestration. That said, Beethoven annotated the short score, especially in the first two movements, with indications as to which instrument was to play which part. The orchestra score which is available today was written in the early twentieth century based on those annotations. The only problem is: Today, armed with the knowledge we now have acquired about the young Beethoven, we would perform this concerto quite differently in places, explain Mari Kodama and Kent Nagano in unison. They therefore present a very personal adaptation that emerged during rehearsal with the orchestra and at the recording sessions, and which reflects Kodama's and Nagano's individual image of Beethoven. They aim to make audible the exuberant freshness and urgent sense of awakening in the young, almost childlike Beethovens writing shortly before his artistic powers were to burst forth, the joie de vivre and vital energy in a style that owes something to the playfulness of both Haydn and Mozart. That is Mari Kodamas intention, and she plays it in precisely such a versatile manner.

Combined with the classical canon of the Piano Concertos nos. 15, the resulting comprehensive edition is complemented by the Triple Concerto for piano, violin and cello, op.56, the Rondo, WoO 6, and the Eroica Variations, op.35, offering insight into the artists longstanding involvement with her musical companion Ludwig van Beethoven.