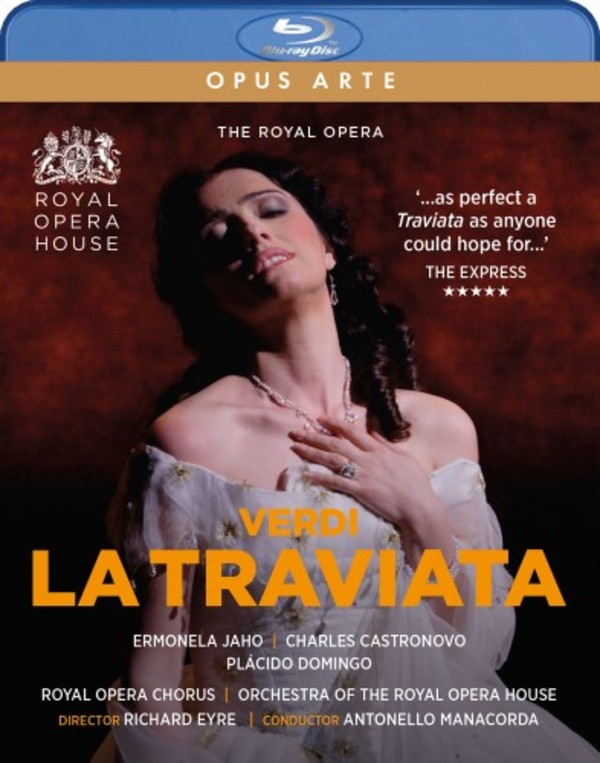 Richard Eyres beautiful production provides the perfect setting for Verdis opera about a courtesan who sacrifices all for love.
Soprano Ermonela Jaho stars as Violetta Valéry, with Charles Castronovo as her lover Alfredo and Plácido Domingo as Alfredos stern father Giorgio Germont, in The Royal Operas much loved production of Verdis La traviata.

One of the greatest of all operas, La traviata is based on the novel and play La Dame aux camélias by Alexandre Dumas fils, inspired in turn by the life and death of the real Parisian courtesan, Marie Duplessis. The opera tells the profoundly moving story of a courtesan prepared to sacrifice everything for love, and contains some of Verdis most beautiful arias and duets.

Jaho gives everything she has, especially an exceptional diversity of soft singing, intimate, vulnerable, dream, apprehensive, intense and the result is a deeply moving portrayal.  The Financial Times ★★★★

Its the perfect staging for a newbie and Traviata junkie alike.  Bachtack ★★★★

Often music-lovers ask where to start with opera, or where to take a newcomer. This La Traviata fits the bill, and also has fresh ideas for those who already know their way around. With the amazing Jaho in the title role it is a treat, wherever you start.  Culture Whisper ★★★★