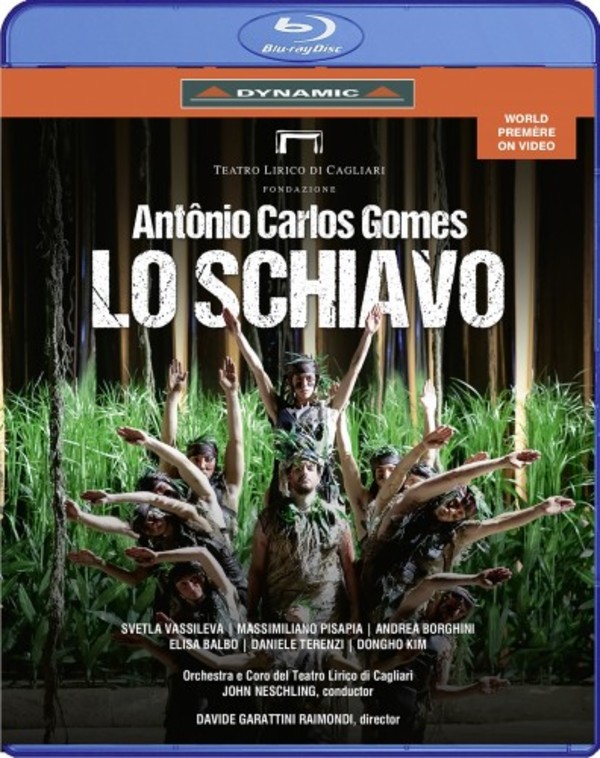 Brazilian composer Antônio Carlos Gomes (1836-1896) was among the many musicians who travelled to Italy to master the language and the rules of operatic works. He studied in Milan and succeeded in having a few operas staged at Italian venues, before returning to Brazil where he was hailed as the most famous living national composer. Gomes felt compelled to commit his work to the countrys anti-slave cause, which was still legal practice then. Lo schiavo was therefore conceived as a politically engaged work. However, the issue was rather volatile and the composer had to change the contemporary time setting to a more distant one. In Brazil the opera was a triumph, but elsewhere it failed to gain popularity and soon fell into oblivion.

This recording of the Teatro Lirico di Cagliaris production documents the operas first performance in modern times and reveals Gomess flamboyant richness of melodic creativity, his sound grasp of construction, and a technical mastery of the theatrical mechanisms that are always of the highest level.

The most popular title of the entire Brazilian repertoire. The most represented and, perhaps, the most loved one.  John Neschling, conductor

Gomes provides plenty of lyrical material for his singers. One can certainly detect the influence of Verdi, who declared him a true musical genius... The Prelude to the second scene of Act 4 is wonderful  a trumpet reveille from the Portuguese fleet mingling with birds at dawn. Some of the arias are very fine, particularly Iberès Sogni damore in Act 4, a gift that should be taken up by baritones everywhere. ... With effective performances, this is a good showcase for Lo schiavo and I hope enterprising companies take it up soon.  Mark Pullinger
Gramophone January 2020