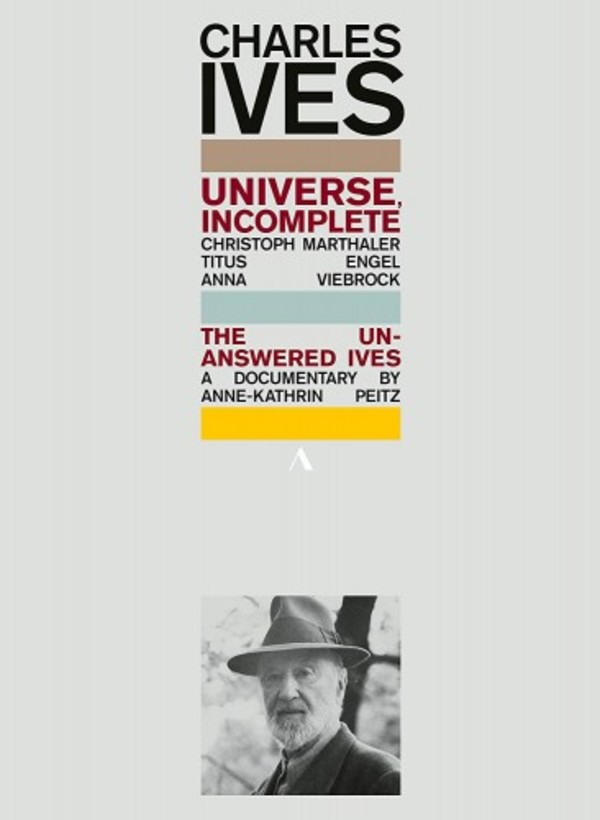 The Unanswered Ives: Pioneer in American Music
A documentary by Anne-Kathrin Peitz

In case I dont get to finishing this, somebody might like to try to work out the idea, and the sketch that Ive already done would make more sense to anybody looking at it with this explanation.
 Charles Ives
Inspired by these enticing words, director Christoph Marthaler, conductor Titus Engel, and stage designer Anna Viebrock developed their own highly individual take on an unfinished project by the American composer Charles Ives: the Universe Symphony, one of the great utopian works of the 20th century. Based on the musical work initially intended for 4250 musicians, the stage production Universe, Incomplete of the Ruhrtriennale 2018 incorporates elements and music from Charles Ivess entire oeuvre.

The production is complemented by the documentary film The Unanswered Ives, which takes the viewer back to the composers hometown in Danbury, Connecticut and retraces Ivess New England heritage. Presented like a collage, the film reveals a man who was far ahead of his time  a solitary radical in music and pioneer in polytonal harmony and multiple rhythms who was able to draw from the rich tradition of American music.
Picture format: NTSC 16:9
Sound formats: PCM Stereo, Dolby Digital 5.1, DTS 5.1
Region code: 0
Running time: 183:13 (Performance: 129:55; Documentary: 53:18)
Disc format: DVD 9 (double DVD)
Language: English, German
Subtitles: German, English, French, Japanese, Korean