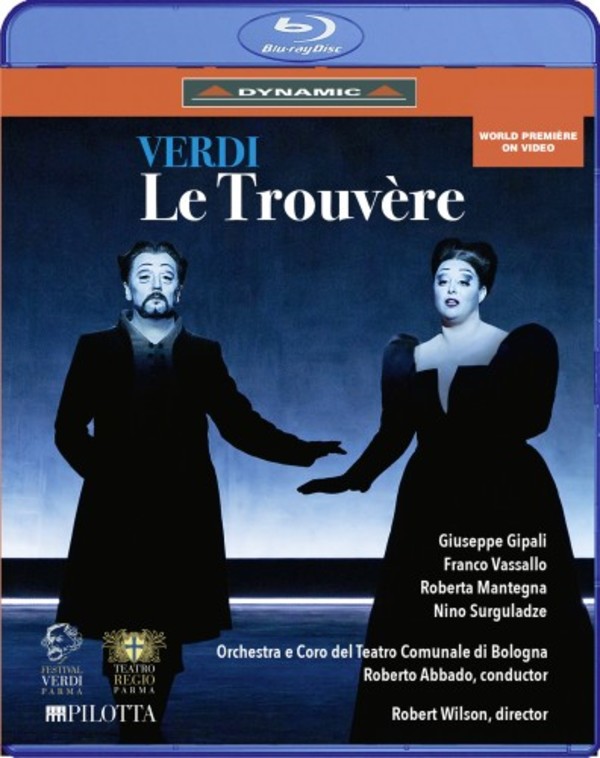 After the great success that Il Trovatore enjoyed in Paris, Verdi was approached to compose a French version of the opera to suit the tastes of the local public. The original work, based on the Spanish play El trovador by Antonio García Gutiérrez, had a libretto by Cammarano, which was for this purpose translated into French by Émilien Pacini.

Le Trouvère was first staged in Brussels in 1856 and premiered at the Paris Opéra in 1857. In this new version the composer added some music in Act 3 for the gypsy ballet scene, extended the finale of Act 4, and made several other revisions.

The plot is highly dramatic and captivating: Verdi portrays strong characters who deal with war, obsession and revenge. In the words of director Robert Wilson: This is a family tragedy, and in many ways, it is a very contemporary story.

This production was staged in the splendid Teatro Farnese of Parma, which was built in 1628 and belongs to the Complesso Monumentale della Pilotta, one of the oldest museums in Italy.