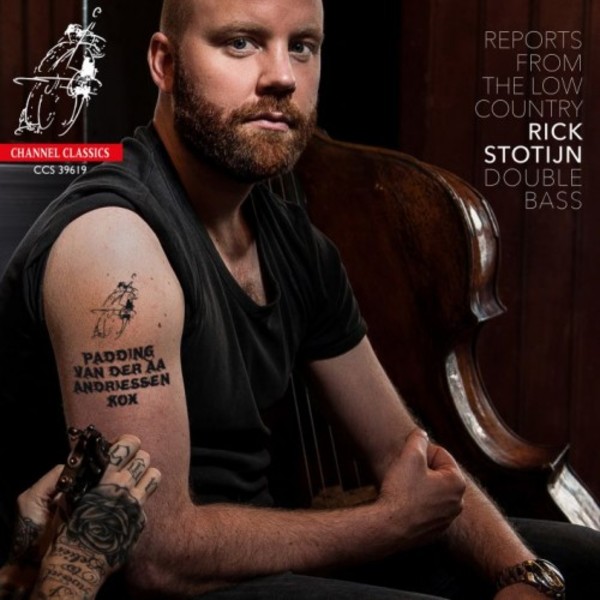 Reports from the Low Country

For the time being

For the time being

This CD gives an impression of the broad stylistic spectrum of Dutch music over a period of more than fifty years. The programme focuses on an instrument that for more than two centuries was neglected by composers: the double bass. Despite some exceptions, the instrument only played a role within the orchestra. Louis Andriessen, Hans Kox, Martijn Padding and Michel van der Aa have enriched the double bass repertoire with music in which the instrument takes up a solo role in a concerto with orchestra, and is also heard in a small ensemble and even on its own. The search for special sounds and tonal combinations, stylistic open-mindedness and the free handling of traditional and modern styles, jazz and pop music  all these are conspicuous aspects of Dutch music. Louis Andriessen, now internationally the best known Dutch composer, wrote Elegy for cello or double bass and piano as far back as the 1950s, while Hans Kox's Four Studies for double bass solo date from 1988. The most recent pieces on this CD, Reports from the Low Country by Padding and For the time being by Van der Aa, are not least inspired by the famous Dutch double bass player Rick Stotijn, who features as the soloist on this recording.

Rick Stotijn studied double bass at the Conservatory in Amsterdam with his father Peter Stotijn, and graduated with the highest distinction. He continued studies with Bozo Paradzik at the Hochschule in Freiburg. He won several first prizes at competitions and was awarded the highest accolade to a musician in the Netherlands; the Dutch Music Prize. According to the jury: Rick is a versatile musician with a moving musicality and an overwhelming virtuosity.

Amongst the many solo appearances which followed worldwide, was a Carte Blanche series in the Recital Hall of the Concertgebouw Amsterdam.