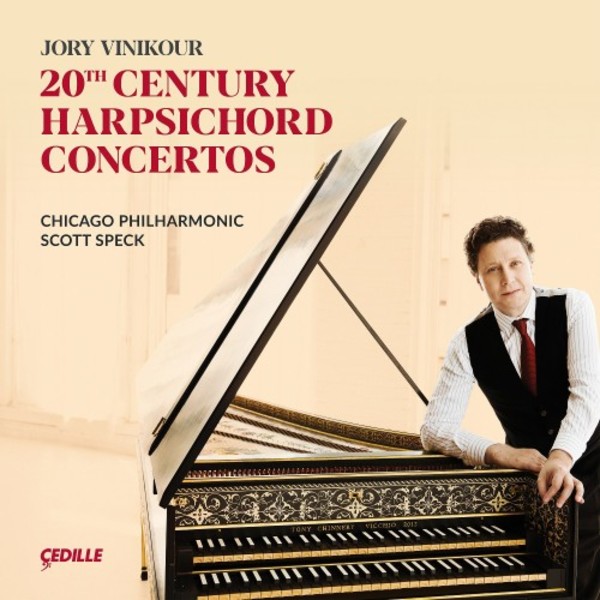 Concerto for harpsichord and strings, op.42

Concertino for Harpsichord and String Orchestra

Concerto for harpsichord and strings, op.42

Concertino for Harpsichord and String Orchestra

Vinikour received Grammy nominations in the category of Best Solo Instrumental Recording for his 2013 album of modern American music for harpsichord and his 2012 release of Rameaus complete harpsichord works, both on Sono Luminus. BBC Music Magazine praised his stylish playing, executed with a sensitive and easy touch. Gramophone said, Vinikours performances are so buoyant, glistening or noble that youll find yourself glued to your speakers (or headphones).

The album marks the Cedille debut of the Chicago Philharmonic, founded in 1988 by principal musicians from Chicagos Lyric Opera Orchestra. In addition to presenting its own concerts, the Chicago Philharmonic performs at the Ravinia Festival and serves as the official orchestra of the Joffrey Ballet. Artistic Director Scott Speck is renowned not only as a conductor but also as co-author three of the worlds best-selling music books, Classical Music for Dummies, Opera for Dummies, and Ballet for Dummies, available in over 20 languages.