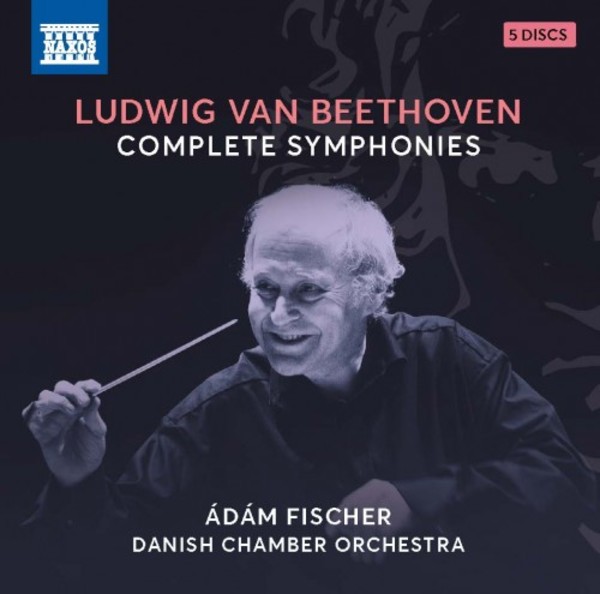 Hungarian-born conductor Ádám Fischer (b. 1949) graduated from the Conservatory in Budapest and continued his further studies in Vienna. He is a sought-after conductor within both the opera and concert repertoire and has collaborated with a large number of leading international concert and opera houses; including the Vienna State Opera, La Scala, Metropolitan, the Vienna Philharmonic and the London Philharmonic. In 1998, he was appointed Principal Conductor of the DR Danish Chamber Orchestra (since January 2015 Danish Chamber Orchestra) and he remains a strong initiator of the orchestras work and concert activities both in Denmark and internationally. From 2015/2016, Ádám Fischer was also appointed Principal Conductor of the Düsseldorfer Symphoniker.  In 2019, Ádám Fischer was nominated for the BBC Music Magazine Award 2019 for best classic recording, that of Mahlers First Symphony with the Düsseldorfer Symphoniker.

Studying the possibilities of interpretation for Beethovens Symphonies is a lifelong process. The recordings we present are a snapshot of the ideas that I held at the time they were made  Ádám Fischer