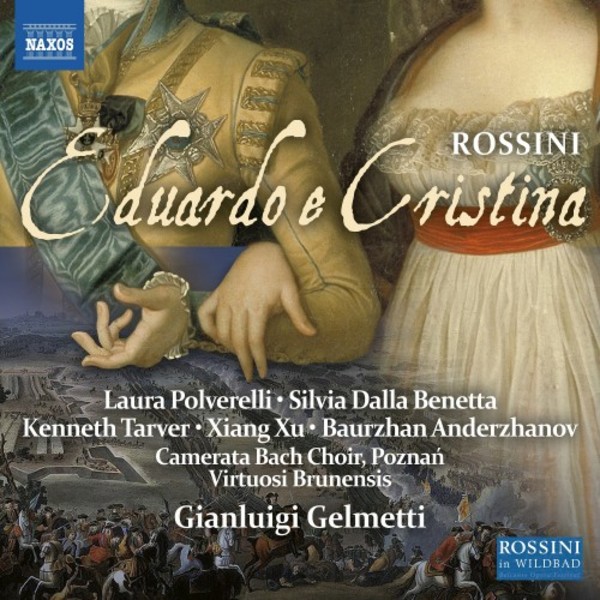 Rossinis Eduardo e Cristina was a huge success in its day, but as perhaps the last centone opera (one assembled from previously existing material) by a major composer, it became forgotten under the subsequent tide of Romantic idealism. Today we can put these prejudices aside and enjoy this masterful creation for what it is: a hugely entertaining parade of beautiful and spectacular musical hits set to a familiar story of secret love, dramatic crisis and triumphant resolution. This 2017 Bad Wildbad revival was summed up as an evening of pure bel canto pleasure! by Operagazet.

Rossinis Eduardo e Cristina is a genuine forgotten opera, having suffered under its reputation for having been assembled from other works. Our exciting and superbly performed live recording from the famous Bad Wildbad festival stage  the first performance since an earlier revival in 1997  therefore fills a substantial gap in Rossinis operatic canon.

This 2017 production in Bad Wildbad was acclaimed by the critics. The Italian soprano Silvia Dalla Benetta was a delightful Cristina. With her always controlled and precisely conducted voice, her artful differentiation and her intelligent articulation the singer was immediately impressive. The mezzo-soprano Laura Polverelli, also an Italian, is blessed with beautiful tuning and was an ideal Eduardo with her crisp, slender timbre and her excellent high notes. The pair was also perfectly matched and the voices colour nicely together. An evening of pure belcanto pleasure! (Operagazet)

Additional praise from Il Corriere Musicale: The conducting of Gianluigi Gelmetti, clear and magniloquent, was able to exalt all the passages of the work, resulting in electrifying effects especially in the most dramatic moments What unquestionably emerged was the high musical and dramaturgical value of the work, crowned at its debut by an extraordinary success and gradually overshadowed by an affirmation of romantic artistic vision