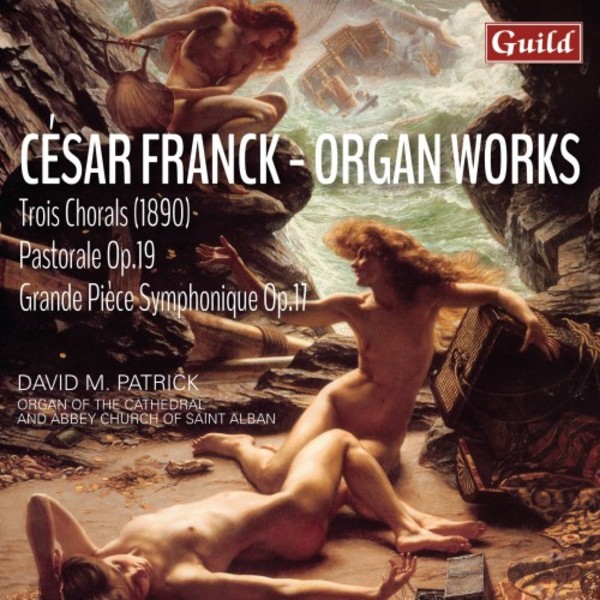 David M. Patrick who was born in Devonshire, England, is one of the most brilliant British organists of his time. He pursued his musical education at the Royal College of Music with distinction winning the Stuart Prize for organ in 1967 and going on to gain the coveted Walford Davies Prize the following year.

His early decision to specialize in the romantic and modern French repertoire followed logically from his impulse to accept the highest technical and artistic challenges that the organ presents. Of particular note was his recording of the organ works of Maurice Duruflé made in Coventry Cathedral in 1996. This was Critics Choice of the Year in the BBC Music Magazine in 1997 and in the final list of three highly recommended recordings in the BBC programme Building A Library in May 2006. In a letter to David M. Patrick the late Marie-Madelaine Duruflé wrote: Vos interpretations des oeuvres de M. Duruflé sont excellentes, je vous en félicitebien ...Très bien brilliant BRAVO.

David M. Patrick has performed public concerts at many major venues in Great Britain, the U.S.A., Canada, and Europe, as well as numerous recitals for BBC Radio 3. He has made many recordings featuring the organs of Gloucester Cathedral, Buckfast Abbey, Katarina Kyrka, Stockholm (released by GUILD on GMCD 7802) and Coventry Cathedral (released on GUILD on GMCD7801 and GMCD7804) and will be releasing a series of new recordings and classic recordings on Guild over the next few years.