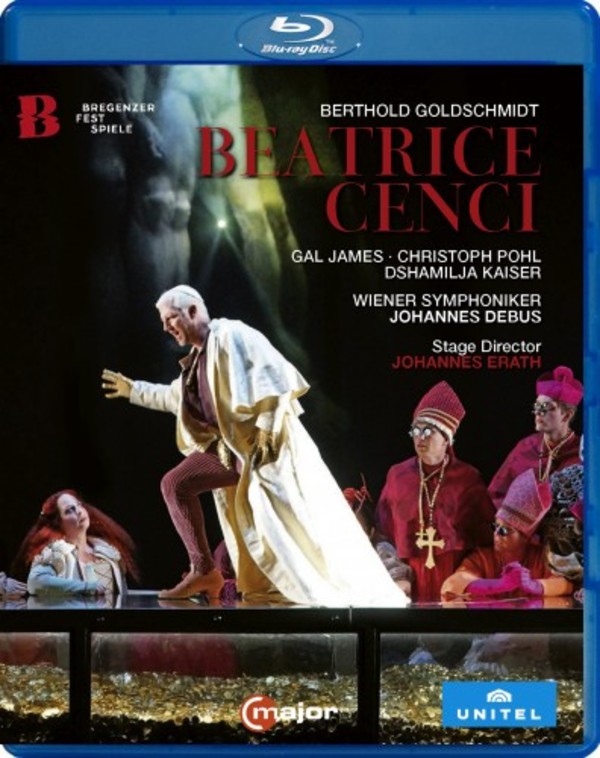 Church corruption, human violence and a daughter who plots revenge on her abusive father  Goldschmidts Beatrice Cenci has every ingredient for a gripping opera and the story of its origins is equally fascinating albeit tragic: the Jewish composer, who fled Germany for London in 1935, was awarded a prize for his work, but the promised performance never took place. It was not until 1988 that it received its premiere as a concert performance. At Bregenz Festival, stage director Johannes Erath brought Beatrice Cenci on stage for the first time.
Although written 70 years ago, 'one musically quickly associates Puccini or other Romantics' (Neue Zürcher Zeitung), underlined by Goldschmidt's own words, saying it became a real 'Belcanto-Opera'. 'Johannes Debus conducts the Wiener Symphoniker with true feeling for the score'. 'In the title role, Gal James is moving' and 'the baritone Christoph Pohl has all the vocal charisma' (The Telegraph). A 'brilliantly focused staging of a neglected work' (The Telegraph), a 'great, wonderful evening' (Deutschlandfunk Kultur).
Cast:
- Francesco Cenci: Christoph Pohl
- Beatrice: Gal James
- Lucrezia: Dshamilja Kaiser
- Bernardo: Christina Bock
- Cardinal Camillo: Per Bach Nissen
- Orsino: Michael Laurenz
- Marzio: Wolfgang Stefan Schwaiger
- Olimpio: Sebastien Soules
- Judge: Peter Marsh