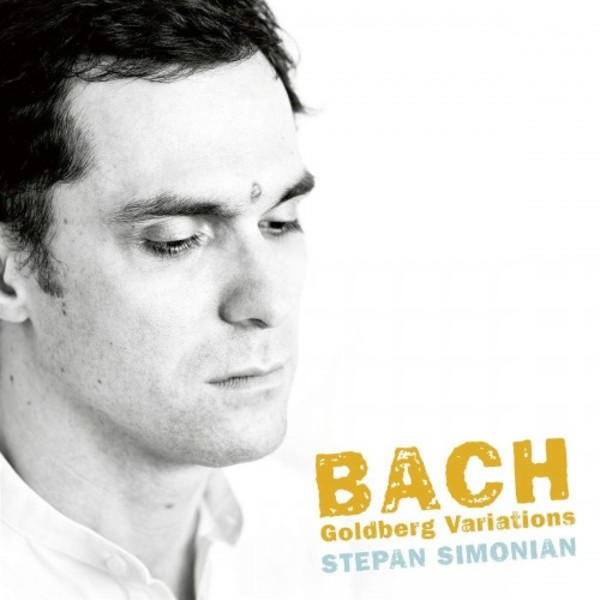 The Russian born pianist Stepan Simonian (b.1981) has been heralded as one of the most highly rated Bach interpreters of is generation. His first album was reviewed as one of the most exciting accounts of Bachs toccatas on piano (Rob Haskins, American Record Guide). Here, Simonian takes on one of Bachs most famous works: the Goldberg Variations.

Stepan Simonian writes: Johann Sebastian Bach was a true essence of music: a composer who brought literally everything together in his output, bridging all periods from Gregorian chant almost all the way to Viennese Classicism. In his seven early keyboard toccatas we encounter a young man gifted with genius, enriched by a multitude of musical influences, and still tempted to adapt to the musical developments of his day.

By the time he wrote the Goldberg Variations, everything was different: Bach had become a great master who, as his contemporaries saw it, wrote music that was somewhat outmoded (which, I assume, is the reason why he did not become as popular and well-known as, say, Telemann or Handel). Among colleagues, however, Bachs output was regarded with the highest esteem. His trajectory as a composer followed its own evident, immanent logic. Starting with this variation cycle, he wrote a series of works we can - and should - now view as the musical legacy he intended to leave to posterity (a series of works that included The Musical Offering).

Musical cycles such as The Well-Tempered Clavier, The Musical Offering or The Art of Fugue constitute the ne plus ultra in terms of Bachs mastery of instrumental polyphony. The Goldberg Variations, conversely, present a compendium of his skill in composing variations.

Since this variation cycle is written for a two-manual harpsichord, we can assume that Bach himself regarded it as an important milestone in his art as a performer on that instrument. Whether this supposition be true or not, there is no doubt that the Goldberg Variations represent one of the most outstanding works in the entire musical repertoire.

As in every great work of art, the essence of the Goldberg Variations is so multifaceted, versatile, ineffable, and unspeakably sublime that the only way a musician can truly approach this extraordinary work is, fortunately, by performing it.

The Aria with different Veränderungen (changes or variations) is a journey that takes a lifetime. In my life, this recording is a personal part of the path I have chosen. If someone else would like to join me for a step of the way, Ill be glad to welcome them.

Critically acclaimed as one of the great Bach interpreters of his generation, Stepan Simonian is the recipient of the Silver Medal of the 2010 Leipzig International Johann Sebastian Bach Competition. Simonian is driven by a yearning to explore and illuminate the multiple facets of the great works of piano repertoire, particularly by Schubert, Schumann, Brahms, Beethoven, Mozart, and Bach. His passion for those works, his musical taste, his interpretations, and his teaching were shaped by his training within a wellcultured piano school tradition: at Moscow Tchaikovsky Conservatory under Pavel Nersessian, as well as with Oleg Boshniakovich, then with Evgeni Koroliov in Hamburg.