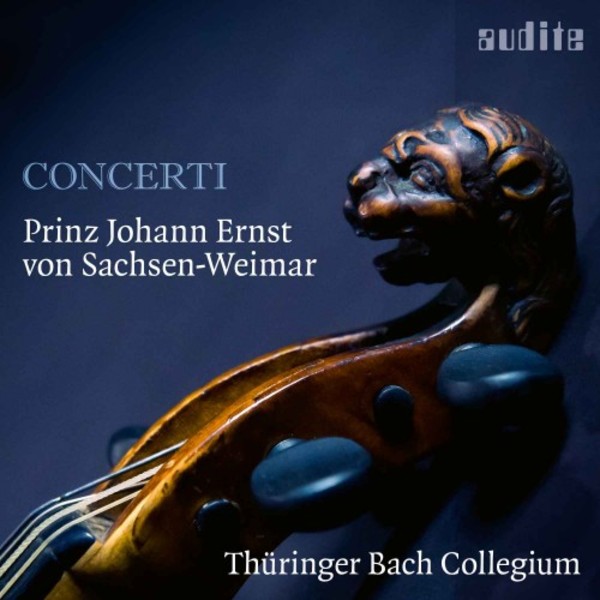 This release is the debut recording of the Thüringer Bach Collegium and marks the beginning of its co-operation with Audite. A second album (works by Johann Bernhard Bach) will be released in autumn 2019 and further projects are being planned.

Prince Johann Ernst IV of Sachsen-Weimar (1696-1715) was taught by Johann Gottfried Walther; Johann Sebastian Bach also perused the young princes compositions and arranged some of Johann Ernsts concertos for keyboard instruments for his own use. Georg Philipp Telemann put the finishing touches to the violin concertos. The results are unmistakeably Italianate: at times brilliantly virtuosic, at other times contemplative and lyrical  composed by the Thuringian Vivaldi who died far too early.

The Thüringer Bach Collegium, directed by Gernot Süßmuth, have recorded the eight violin concertos by Prince Johann Ernst  as posthumously published in 1718 by Telemann  with exuberant enthusiasm. These works are combined with two further concertos whose original Weimar court orchestra parts survived: a Concerto for trumpet and orchestra as well as a Concerto for two violins which survived as an adaptation by JS Bach and was arranged back.

This pioneering recording revives a central chapter of Weimars musical history, in which the works of the court composer Johann Sebastian Bach also had their place. The princes concertos were written at the same time as Bachs Weimar cantatas and provide, as no other body of works, the soundtrack to the dynamic musical life in the palace. The musical perspective was a European one: in 1713 a veritable Vivaldimania broke out, the Venetian composers works being arranged, imitated and emulated. This can be experienced in the princes concertos, written in the finest Vivaldian style.