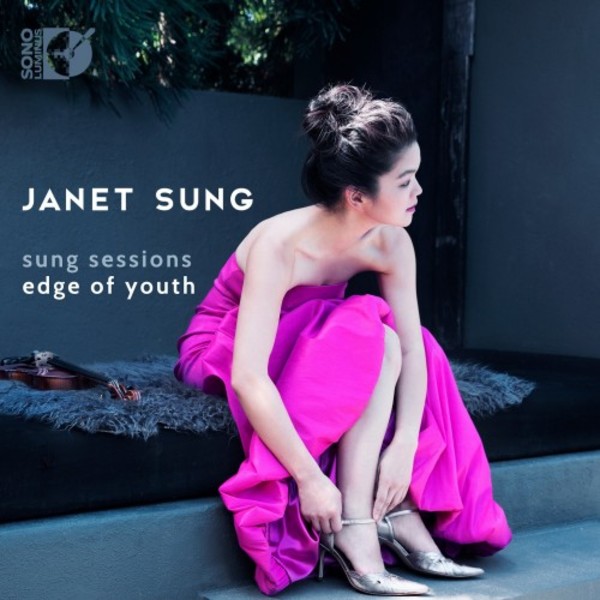 Suite for violin and piano, op.6

Rave-Up for violin and piano

Suite for violin and piano, op.6

Rave-Up for violin and piano

Edge of Youth represents a time when one starts to discover a new, more mature version of their own voice or self. We find confidence in that voice when we allow ourselves to go to the edge of what is known or comfortable. Brought up steeped in the traditions of classical music, and deeply influenced by some of the greatest violinists of the old world, this album represents some of that artistic journey for me. In curating this collection of works by masters Britten, Enescu and three young, dynamic living composers, Missy Mazzoli, Dan Visconti and Gabriel Prokofiev, I gravitated toward works that were striking to me and in some ways unexpected  whether it was a new sound world, a new perspective on an old familiar work, or the surprising way certain works profoundly grew in their impact.

Each of these works are dramatic, visceral; even ethereal and otherworldly. Some also have moments of soaring lyricism and intimacy. They both embrace and challenge classical traditions, consciously or subconsciously. With their craft and unique sense of style, these composers challenge the artist to forget about the technicalities of the instrumentasking them to become a storyteller through nuance, shading, and color.

Taking in all of our personal influences, we hopefully take flight into our own artistic vision. These works have taken me on a journey that I will continue to traverse.
 Janet Sung
Hailed by The Washington Post for her riveting playing and exquisite tone, violinist Janet Sungs playing possesses the rare blend of fierce intelligence, subtlety and brilliant virtuosity. She has performed worldwide with orchestras including the Pittsburgh Symphony, Pusan Philharmonic, Göttinger Symphonie Orchester, Omsk Philharmonic, Britten Sinfonia, Cairo Symphony Orchestra (Egypt), and the Buffalo Philharmonic Orchestra. Festival appearances as concerto and recital soloist include Switzerland's Lucerne Festival, Aspen Music Festival, Britt Festival, Bellingham Festival, and the Conciertos de La Villa Festival de Santo Domingo. A prolific chamber artist, Ms. Sung has regularly appeared at the Bowdoin International Music Festival, the Kreeger Festival in Washington, D.C., the Green Mountain Chamber Music Festival, and the Newport Music Festival, and is a regular guest with the American Chamber Players and the Finger Lakes Chamber Ensemble.

Acclaimed American pianist William Wolfram was a silver medalist at both the William Kapell and the Naumburg International Piano Competitions and a bronze medalist at the prestigious Tchaikovsky Piano Competition in Moscow, and has appeared with many of the greatest orchestras of the world including the Pittsburgh, San Francisco, Saint Louis, Baltimore, Indianapolis, Seattle and New Jersey symphonies, the Buffalo Philharmonic, the National Symphony Orchestra, and the Grand Teton and San Luis Obispo Mozart festival orchestras.