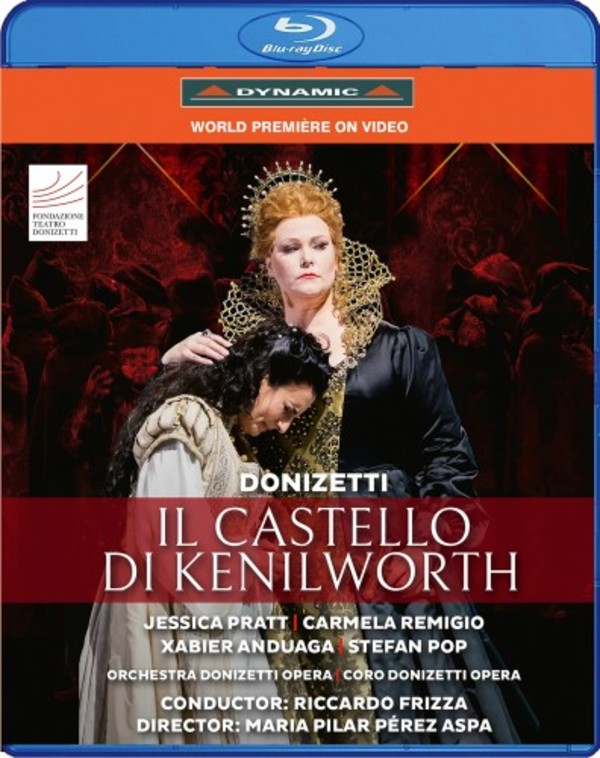 Recorded during the 2018 Donizetti Festival, Il castello di Kenilworth was first staged at Napless San Carlo in 1829. Based on a novel by Sir Walter Scott and adapted by librettist Leone Tottola, this rare opera has long been unjustly neglected. The recording features the original version of the score, with the role of Warney entrusted to a tenor (the composer changed the voice to baritone in his 1836 revision). Il castello di Kenilworth was followed by several other successful works that Donizetti similarly based on British history (Maria Stuarda, Anna Bolena, Rosmonda dInghilterra, Emilia di Liverpool, Lucia di Lammermoor); it presents the character of Queen Elizabeth I, torn by the inner struggle between a monarchs duty and a womans feelings. The fundamental pivot of the drama is the antagonism between the two female characters who both dwell and suffer in loneliness in a male-dominated world.

The performance received excellent reviews, praising the richness of the costumes, the sobriety of the stage setting, and above all the vocal and acting skills of the whole cast, which features first-rate singers such as star sopranos Jessica Pratt and Carmela Remigio, who share the stage with talented tenors Stefan Pop and emerging talent Xabier Anduaga.