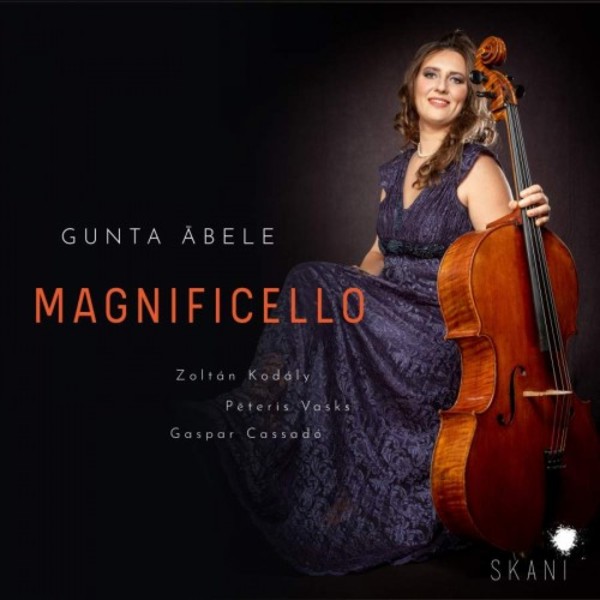 The Book for solo cello

The Book for solo cello

The arrival of the cello and cellists in the 20th century was lustrous and vivid. At the beginning of the century, Pablo Casals discovered a new the unique solo suites of Johann Sebastian Bach, leading to a turning point in music history. The wondrous sound and masterful lines of the suites have inspired practically all modern-day composers who have written for the cello, including Zoltan Kodály, Gaspar Cassado and Pēteris Vasks.

The compositions included on this CD have always been dear to me in the general musical context but also specifically in terms of the cello. They differ in character and style, but they are united in their great inner strength and overflowing energy. Irrespective of the date, place and socio-political circumstances of the musics origin, the spark to compose for solo cello caught all three composers during the maximalism of youth. Isnt that beautiful? It is a genuine joy and positive challenge to delve into and discover the artistic depth of these compositions. When I play their music, I reveal my innermost feelings and experience great happiness.
 Gunta Abele
The Latvian cellist Gunta Abele was born in Riga, in to a family of musicians. As a soloist and chamber musician Gunta has performed across Europe at prestigious concert halls and international festivals including Rostropovich International Cello Festival, Schleswig-Holstein Music Festival, Menuhin Festival Gstaad, Viva Cello and Santander Academy Festival to name a few. She has been nominated for the Young Musicians of the Year Award by the Latvian National Music Award. She has received the 2nd prize in the Karl Davidov International Competition, the Latvia National Music Competition, the National Jura 2007 Competition and the 3rd Prize in the Rahn Music Award Competition. In 2010 she received the 1st Prize and Golden Medal at the European Competition for Young Soloists in Luxembourg. Gunta Abele performs on a cello by Béla Szepessy, London 1885.