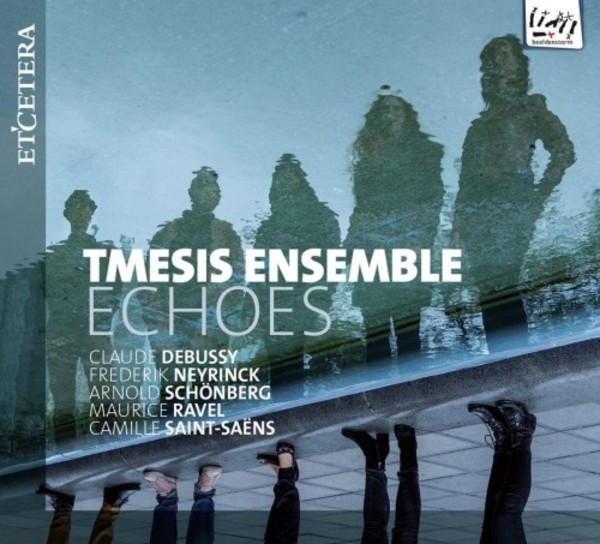 Tmesis Ensemble is delighted to present their first CD, Echoes.. The international chamber music ensemble Tmesis, laureate of Klaras Supernova Competition 2016, was founded in 2016 at the Royal Conservatory of Brussels.
Though Tmesis was only founded recently, they have already been invited to perform at the Klara Festival, the Portuguese HARMOS Festival, the Schiermonnikoog Festival in the Netherlands, Klara in deSingel and the festival Midis-Minimes. They have been broadcast on the Euroclassical Online Festival, Musiq3, Radio Klara and BBC Radio 3.
They say of their debut recording: We seek to share our vision of the classical music of the past and present in our own unique way. Along with music written by Frederik Neyrinck, we present a fresh take on masterpieces by Parisian and Viennese composers, whose work has been arranged by Tim Mulleman. These very fine lines between traditional classical music and the echoes of a modern world are reflected in the present album. We hope that you will enjoy the music as much as we enjoyed playing every single note.

Saint-Saens - Music for Cello and Piano