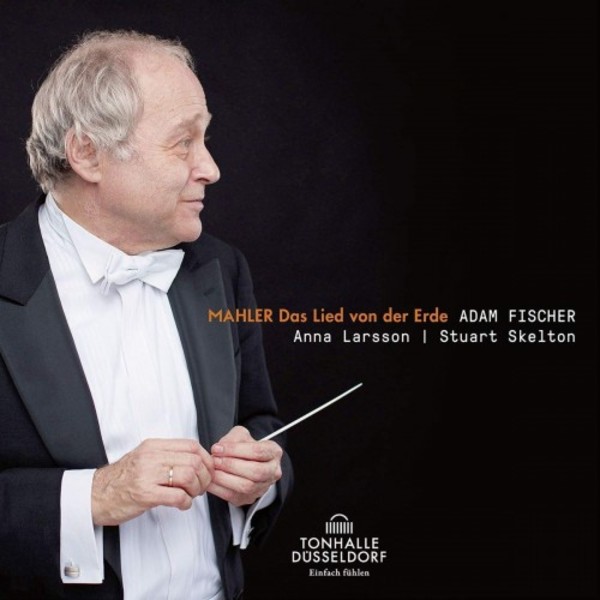 Das Lied von der Erde is shot through with a special atmosphere: a mood of farewell - mostly, of course, in the last movement, Der Abschied. When attempting to construct that last movement, every conductor and every orchestra are faced with a challenge that is as complicated as it is thrilling. In my view, the last movement of Das Lied von der Erde is the most difficult one to conduct in the entire repertoire. Mahler even abandoned the sensation of regular metre. He had stated elsewhere that one should not conduct the metre but the rhythm, but here things are different.

I cannot disassociate this farewell from the last movement of Mahlers Ninth Symphony. Although the slow dissolving of life is even more apparent there, the tendency is already clear in Das Lied von der Erde - a continuous line can be drawn from here to the last page of the Ninth. From the onset, the music in Das Lied von der Erde is permeated by a special mood. Even the texts, based on Far Eastern poetry, are more mood than content. Mahler repeatedly abandons the words meaning, but the mood remains. The music implies so much more than the words! For instance, the third poem evokes the reflection of a mirror image in water, but I dont see those images anywhere in the music. - Adam Fischer

This is a terrific account of Mahlers fledgling symphony... This is shaping up to be the most idiomatic and exciting cycle of Mahler symphonies since Kubelik and Bernstein. - Gramophone Magazine about Mahler 1, AVI8553390

Its the most lightly, as in ineffably, characterised Mahler One Ive heard since Kubeliks. Everything flows, moves forward without rush... And when he needs to, Fischer pulls out the stops - a whole sequence of them as he magnificently marshals the final triumph. I dont know a more convincing interpretation of those last pages... Masterly. - 5 stars, BBC Music Magazine about Mahler 1, AVI8553390

Magisterial power in sombre and radiant marches, the subtlest rubato in the old-new minuet which follows, establish Adam Fischer as one of the greatest living Mahler conductors... Engineering render the rainbow colours of this most comprehensive of Mahler symphonies to perfection. - 5 stars, BBC Music Magazine about Mahler 3, AVI8553399