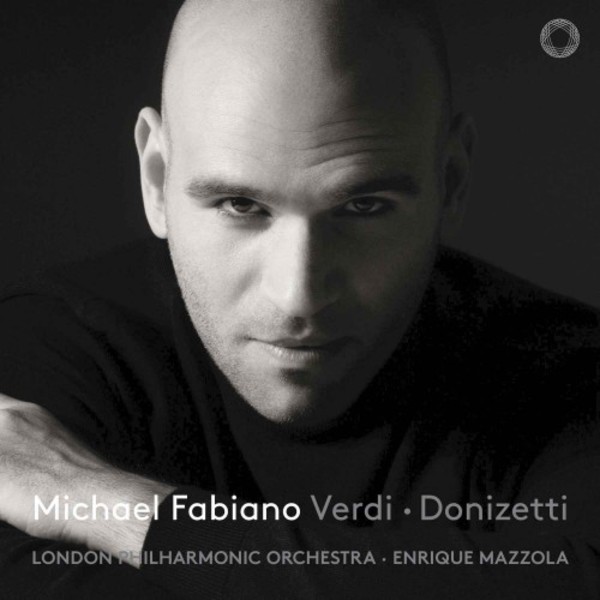 American star tenor Michael Fabiano presents a spectacular set of scenes taken from late Donizetti and middle Verdi operas, revealing the strong ties between these two composers. The album documents a paradigmatic shift in Italian opera, from the beautiful lines and crispness of belcanto to a richer, more dramatic musical universe. The historical line stretches from Donizettis Lucia di Lammermoor, Poliuto and Maria di Rohan to mature Verdi operas such as Rigoletto, Un ballo in maschera and Don Carlo. In many cases, Fabiano has selected original, rarely-heard versions, including the thunderous Qual sangue sparsi from the original St Petersburg edition of La forza del destino.

Together, these arias and scenes constitute a world full of heartfelt tenderness and fire-laden drama. After numerous successes on the opera stage, this is Michael Fabianos debut album on PENTATONE. He is accompanied by the London Philharmonic Orchestra and London Voices, conducted by Enrique Mazzola.
Fabiano is an exciting talent  Gramophone, September 2016