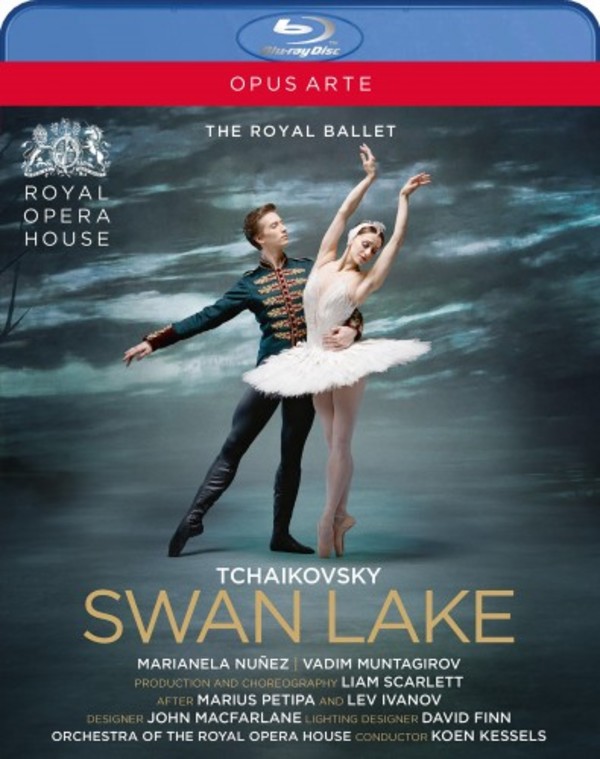 Swan Lake has a special place in The Royal Ballets repertory. This new production by artist in residence Liam Scarlett features additional choreography whilst remaining faithful to Petipa and Ivanovs classic. John Macfarlanes opulent designs provide an atmospheric, period setting for this enthralling love story, illuminated by Tchaikovskys sublime score. Marianela Nuñez brings both poignancy and glitter to the dual role of Odette / Odile, with Vadim Muntagirov as the yearning Prince Siegfried, while the corps de ballet are showcased at their spellbinding best as the enchanted swans and cygnets.

Nothing short of a triumph  Evening Standard ★★★★★

What a magnificent achievement this is. The young choreographer Liam Scarlett has given Covent Garden its first new Swan Lake in 30 years, and its a winner. Big, bold and beautiful, its completely distinctive  Scarlett has put his stamp all over this production  yet it honours the traditions of the Royal Ballet.  The Times ★★★★★

From glittering court acts to the misty romantic lakeside, it balances spectacle, storytelling and powerful dancing from the entire company, with Marianela Nuñez and Vadim Muntagirov on glorious form in the leading roles.  The Independent ★★★★★

Extra features: An introduction; John Macfarlane talks about the design; Darcey Bussell on the Swans