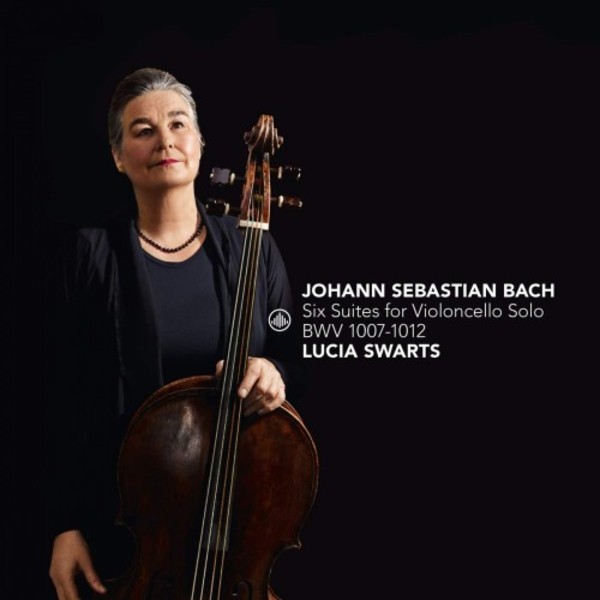 Lucia Swarts chooses to explore the highest peaks of cello literature after 35 years of professional work. Swarts performs Bachs Six Suites for Cello Solo on a Baroque cello, but, uniquely, Suite no.5 is played on a Basse de Violon.

Bach wrote the six suites in different keys, each consisting of six movements. Some of the keys are more comfortable for the performer (G, D and C), while others are difficult in the extreme (E flat major). Bach employed unconventional tuning for the cello strings (in the fifth suite) and even wrote for a special five-stringed instrument in the final suite. It certainly appears that Bach was attempting to cover the entire range of human emotions in the six suites.

The cheerful, youthful first suite in G major is followed by the introvert, dark and melancholy second, in D minor. The third suite in C major is brilliant, extrovert, rich and replete, an embrace. But the fourth in E flat major offers gloomy resistance. The fifth suite in C minor is like an ancient saga - dark and tragic but at the same time majestic - while the final suite in D major resonates with ecstasy, virtuosity and sparkling joie de vivre. Everything is precisely attuned to the characters of the different keys, as they would have been thought of in Bachs day. Keys that are designed to move the audiences souls.

The six movements within each individual suite refine the image. The preludes, with which they all begin, sound like spontaneous improvisations, often looking forward to what follows. The dances that follow the preludes - the stately allemandes and spiritual sarabandes, as well as the rousing courantes and gigues - were all, of course, familiar dance forms in Bachs time, but in the suites, they often transcend everyday reality, plumbing the depths of feeling and providing detail, counter-arguments and contrasts. The full range of human emotions appears to be encompassed within the notes that Bach wrote for a single cello.

Lucia Swarts studied under Anner Bijlsma and Lidewij Scheifes at the Royal Conservatoire in The Hague, where she attained her Performing Musician diploma in 1982. Apart from her appearances as a soloist, she has devoted considerable time and effort to playing music from every period of musical history in a wide range of chamber music settings, using instruments appropriate to the period. As well as the modern cello, she also plays the viola da spalla, baroque cello, basse de violon and cello piccolo. Since 1983, Lucia has been principal cellist in the baroque orchestra of the Netherlands Bach Society and she also plays in the Residentie Bach Ensemble and Tulipa Consort.