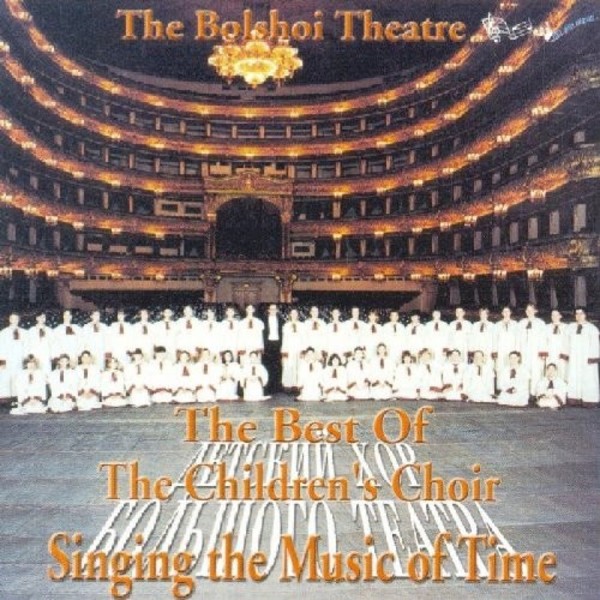 In Thy Kingdom
Our Father

My little river
Rock-a-bye
The Lord ascended to heaven

» no.2 The golden cloud slept

The Lord our God

» no.1 Near the Church of our Saviour in Chigisy
» no.2 Ovsen

» no.3 Without time, without season

In Thy Kingdom
Our Father

My little river
Rock-a-bye
The Lord ascended to heaven

» no.2 The golden cloud slept

The Lord our God

» no.1 Near the Church of our Saviour in Chigisy
» no.2 Ovsen

» no.3 Without time, without season

Russian Orthodox Church singing occupies a special place in old Russias vast and varied spiritual heritage. The early Russian culture of church singing was known as the culture of great silence. In the same manner that the Church guided the style of icon painting, it also demanded an anonymous and unvaried style in music, discouraging any attempt at individualism. For centuries the Church recognized only the ancient Byzantine tradition of melodies without harmony known as the znamennyi chant. In spite of this attitude, many variations of sacred music treasures were created for centuries, with some of the finest works written by the composer, Dmitry Bortnyansky.

The Russian folksong that emerged at the end of the 18th century and gained momentum in the 19th century was to have a lasting effect on choral tradition. In the 1870s, Tchaikovsky, who was deeply influenced by the Russian folksong, was the leading light in the revival of choral music through the formation of what became known as the Moscow School. Tchaikovsky united fellow composers who shared similar views and, in due course, composers such as Taneyev, Rachmaninov, Scriabin, Medtner, Grechaninov, Chesnokov, Arkhangelsky, Kastalsky and Kalinnikov joined the Moscow School. All genuinely inspired by the Russian folksong, these composers were connected with the Synodal Choral College-writing chants, liturgical cycles, vespers, and other choral works for concert performances.
The Childrens Choir of the Bolshoi Theatre celebrated its 75th anniversary in 2000. Originally, childrens parts performed at the Bolshoi Theatre were performed by student choristers from the best educational choir institution in Russia, the Synodal College. In the museum of the Bolshoi Theatre, one can find theatre programmes from 1925, which show that a group of fifteen children participated in performances conducted by Alexandrov, a presenter at the Temple of Our Saviour, the main cathedral temple in Russia. As all the names of the children and their teachers were known, this gave reason to celebrate the choirs 75th anniversary.
At the outbreak of World War II, the Bolshoi Theatre company was evacuated to Kuibyshev (the historical name of the city of Samara on the Volga) but without the Childrens Choir. In Samara, the Bolshoi Theatre performed only opera and ballet, but at the end of 1941, the necessity of creating a new childrens choir became apparent. The children of the artists constituted the cast of the new choir. In a very short time, under the guidance of a talented theatre employee, Dina Shelonina, the children learned to sing and perform professionally. Dina Shelonina continued as a choirs inspector until 1988. In 1945, shortly after the Bolshoi Theatre Company returned to Moscow, a committee headed by the leading conductors of the theatre listened to the Childrens Choir. It was decided to recommend to the Russian government at the time, that the most talented singers of the choir became employees at the theatre. This was the first and, for a long period, the only childrens ensemble in Russia that received remuneration for its work. In 1985, Andrey Zaboronok became leader of the choir. He thought that the limited opera repertoire the young singers performed at the theatre did not sufficiently develop their professional skills, so he prepared a concert repertoire. The first successful performance took place in May 1989 in St. Nikolay and Assumption of the St. Virgin Cathedral in Kosino, where the choir performed the mass of Alexander Kastalsky.

The skill of the Childrens Choir of the Bolshoi Theatre has been greatly praised abroad. The choirs performance of La Boheme at La Scala Theatre was highly appreciated by Maestro Herbert von Karajan.  In 1985, at the Warsaw Opera Theatre, the orchestras musicians and the choir singers stopped performing and began to applaud the Childrens Choir after the first phrase. In 1989, during the tour of La Scala Theatre in Moscow, the Childrens Choir participated in the performance of the opera, Turandot by Puccini. The young singers won the hearts of Maestro Lorin Maazel, producer Franco Zeffirelli and many Italian soloists. The repertoire of the Childrens Choir comprises such operas as Queen of Spades by Tchaikovsky, Boris Godunov and Khovanshchina by Mussorgsky, Snow Maiden and Mlada by Rimsky-Korsakov, Carmen by Bizet, Werther by Massenet, Un ballo in maschera by Verdi, Lohengrin by Wagner, and Tosca and La Boheme by Puccini. The choir also performs in ballets by Tchaikovsky and Prokofiev and sings the works of Rachmaninov, Stravinsky, Liadov, Palestrina, Pergolesi, J.S. Bach, Schubert, Brahms, Britten and Poulenc. In 1992, Boris Dergachev was appointed manager of the Bolshoi Theatre Childrens Choir and organized the choirs first tour to Germany. Since 1994 the Childrens Choir has performed in Germany (1994), Italy, Japan, South Korea (1995) and Italy (1996/1997).