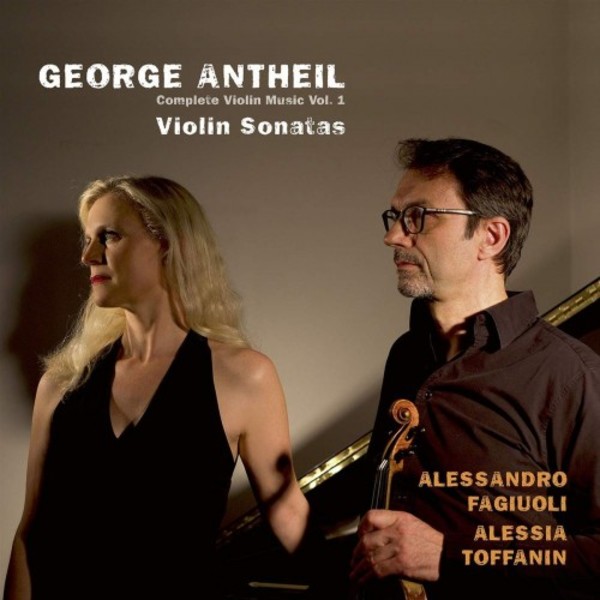 A contemporary of Maurice Ravel, George Antheil (1900-1959) led a double life. Not only because he scored dozens of films and at the same time strove to be recognized as a classical composer, but also because he led two different existences, before and after WWII.

The four sonatas in this first volume exemplify the two periods of Antheils creativity: from the percussive First to the Dadaist-cubist Second (both dated 1923) and the more neoclassical Third (1924). A hiatus of 25 years separate these early scores from the Fourth, composed in 1948, which is a more classically structured composition.

In the twenties, Antheil was trying to establish his reputation as the torchbearer of the avant-garde: he lived mostly in Europe, scandalizing the public with his iconoclastic music and furiously percussive piano playing. His most famous compositions, the piano sonatas Airplane, Sauvage and Death of the Machines, his violin sonatas and the Ballet mecanique scored for 16 player-pianos, xylophones, and percussion, all evidence a futuristic aesthetic theory, influenced mostly by Bartók, Ornstein and Stravinsky. However, in a dramatic turn following a profound personal and artistic crisis, Antheil re-emerged, now in his early forties, as a neo-romantic, fully-integrated American composer, even, to some extent, a conservative.

The four sonatas in this first volume of his violin music exemplify the two periods of his creativity. They document Antheils musical evolution from the percussive First, to the Dadaist-cubist Second and the more neoclassical Third. A hiatus of 25 years separates these early scores from the so-called Second Violin Sonata (i.e. his Fourth Sonata), composed in 1947-48, which is clearly a more classically structured composition. While the three pieces composed between 1923 and 1924 (the Third) emerged from a pervasive influence of Stravinskys early masterpieces, the Fourth Sonata is more under the spell of Prokofiev and Shostakovich.