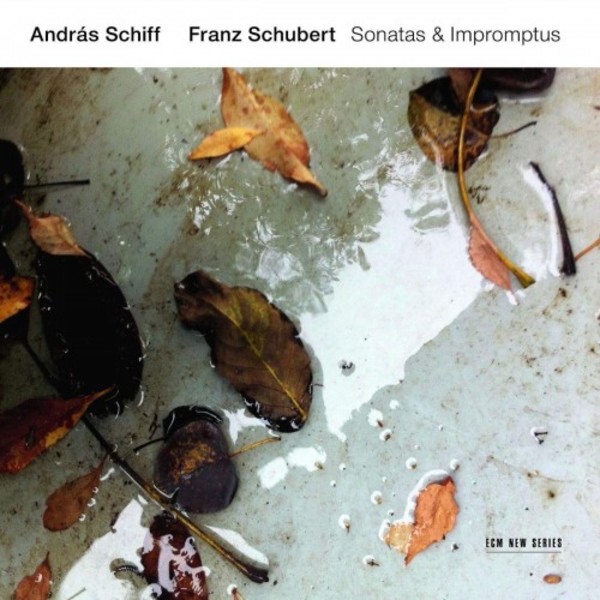 In the latest chapter in Sir András Schiffs ongoing documentation of Franz Schuberts music, the great pianist plays the Four Impromptus, D899, and compositions from 1828, the last year of Schuberts too-brief life: the Three Pieces, D946 (impromptus in all but name notes Misha Donat in the CD booklet), the C minor Sonata, D958, and the A major Sonata, D959.

Schiff again chooses to use his fortepiano made by Franz Brodmann in Vienna, around 1820. It is to me ideally suited to Schuberts keyboard works, he has said. There is something quintessentially Viennese in its timbre, its tender mellowness, its melancholic cantabilita.

Critics have agreed, unanimous also in their praise of Schiffs interpretations: I cannot think of anyone of his calibre who has mastered the fortepiano as well as the modern piano and shown such distinction on both, wrote Stephen Plaistow in Gramophone. In Schubert Schiff has a claim to be considered sovereign among todays players, carrying forward the reading and interpretation of him into areas that others have not fully explored.

Among other accolades, the first volume of Schiffs exploration of Schubert on fortepiano was Recording of the Month in both BBC Music Magazine and Gramophone, Editors Choice in Classical Music magazine and International Pianos Choice.

Schiff is essentially a more private, less Beethovenian exponent than his principal fortepiano rival, Andreas Staier, and he cultivates a more pronouncedly olden timbre. Both pianists are generous in their application of the sustaining pedal but Schiffs instrument seems to have more distinct registers and variety of timbre. So if you are allergic to the fortepiano, perhaps Staier offers an easier transition; but if your concern is for emotional Schubertian truth, uniquely illuminated, Schiffs new discs are boundlessly rewarding.  Michelle Assay
Gramophone June 2019

... thanks to this historic piano, Schiffs playing seems to have lost the fussiness that was sometimes a feature of his interpretations of these works, as if he can now trust the character of the instrument itself to make the expressive points he wants. Its all much more direct; this is a magnificent, endlessly fascinating pair of discs.  Andrew Clements
The Guardian 11 April 2019