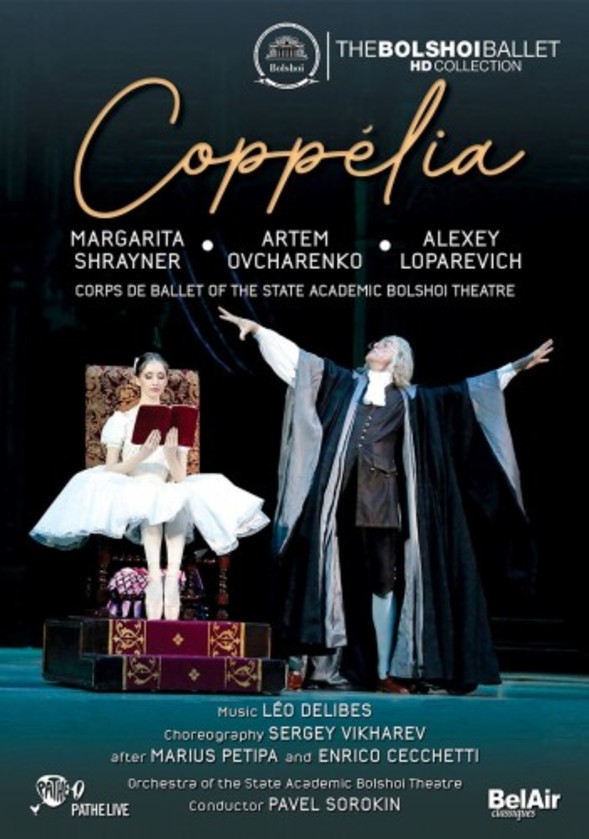 Coppélia was premiered in 1870 at the Paris Opéra on choreographer Arthur Saint-Léons initiative. A virtuoso dancer, Saint-Léon was Marius Petipas predecessor as Head of the Petersburg Ballet. His interest in folk culture, music and dance, is mainly responsible for the appearance in the music score of such a rich selection of dance melodies based on folklore, and especially Slavic and Eastern European themes. A few years later, Marius Petipa and Enrico Cecchetti brought the ballet back to the Russia that had proved such a vivid source of inspiration for its librettist, and adapted the choreography for the Russian stage. However, this new version fell out of interest during the 20th century, until Sergey Vikharev and Pavel Gershenzons revival in 2009. It is here interpreted by the Bolshoi Ballets finest dancers: Margarita Shrayner is the witty Swanilda, and Artem Ovcharenko the love-sick Frantz.

The Bolshois Coppélia is everything you would want it to be: very big, very Russian and danced to the hilt  The Guardian

The ebullient ballet suits the Bolshoi performers; the old designs have been beautifully revived; and the choreographic details are fascinating  The New York Times