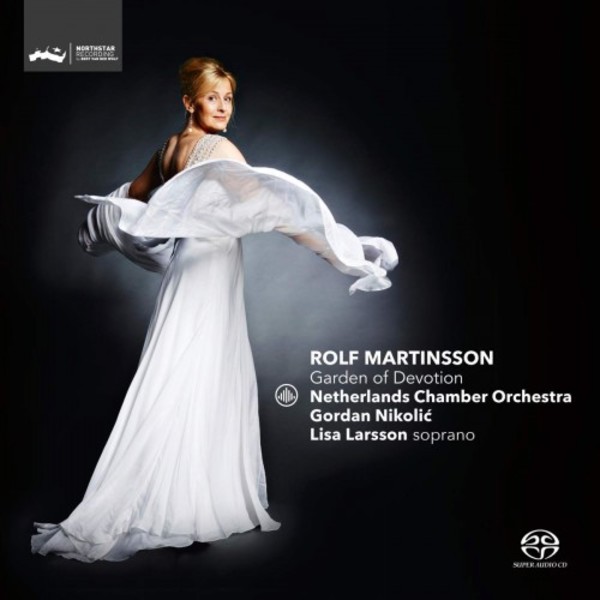 Challenge Classics present an intriguing portrait of a leading Swedish composer, Rolf Martinsson. The album Garden of Devotion showcases five works by the composers featuring Martinssons favourite soprano, Lisa Larsson. The beautiful and warm sound of the Netherlands Chamber Orchestra and its leader, violinist Gordan Nikolić, is the other asset for this invitation to discover the approachable music of an important personality in today classical world.

The Garden of Devotion is a collection of poems by Rabindranath Tagore set to music by Martinsson in 2013, for soprano and string orchestra. In To the Shadow of Reality, with lyrics by Swedish poetess Karin Boye, the soprano is accompanied by string quartet in the five songs. A.S. in memoriam is a piece for string orchestra; composed in 1999, it is a homage to Arnold Schoenberg. A piece called Landscape for solo violin is dated 2010 and takes its inspiration from The Strand, a painting by Edvard Munch. The disc closes with a work for chamber orchestra, Kalliope, composed in 2004.

Swedish soprano Lisa Larsson started her career as a flautist and studied singing in Basel. Her first engagement was at the Zurich Opera House, where she performed under a number of conductors including Nikolaus Harnoncourt and Franz Welser-Möst. Following her debut at La Scala in Milan in The Magic Flute under Riccardo Muti, she swiftly developed her international opera career, in particular as a Mozart singer performing parts such as Susanna, Pamina, Zaide, Zerlina, Servilia, Ilia, Fortuna and Ismene. She appeared at renowned European opera houses including the Bavarian State Opera, the Royal Opera House in London, the Teatro La Fenice in Venice, the Royal Danish Opera and more, as well as at the Salzburg Festival, the Lucerne Festival, the Glyndebourne Festival and the Festival dAix-en-Provence.