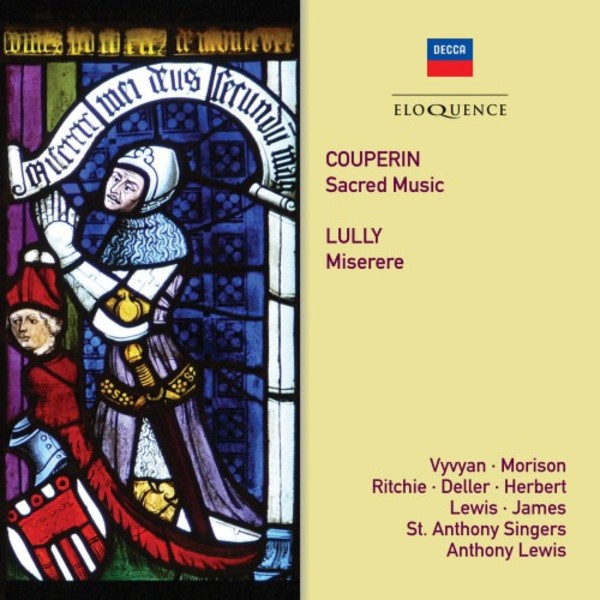 From the time of its foundation in 1932 by the Australian-born, Paris-adopted philanthropist Louise Hanson-Dyer, Editions de LOiseau-Lyre specialised in French early music as the name of the imprint implied. The companys first complete scholarly edition a year later comprised the complete works of François Couperin to mark the bicentenary of his death. Although the companys post-war recording activity centred on London, French repertoire continued to be recorded locally.

This pair of LPs released in 1954 and 1955 marked a bold departure: sacred vocal consort music, still hardly known to the record-buying public, in performances of scholarly authority (for the mid-1950s), technical finesse and lively temperament. This reissue presents them once more on CD, complemented by authoritative booklet notes from the original releases by the respected writer on French music, Marc Pincherle.

Taking the soaring haute-contre line in Couperins grand Motet pour Saint-Suzanne was the English tenor William Herbert, who features on several other LOiseau-Lyre recordings reissued by Eloquence, alongside the soprano Jennifer Vyvyan and conductor Anthony Lewis: among them Handels Semele (4825055) and sacred Litanies by Mozart (4825041).

Herbert is again one of the soloists in the no-less starrily cast record of Lullys imposing setting of the Miserere. Lewiss conducting is alive to the cool splendour of Lullys writing which so tellingly anticipates the set-pieces of Handels oratorios. Essential listening for aficionados of the French Baroque and for anyone with an ear for singing of high artistry, whatever the era.

Madame de Sevigne declared that in heaven there could be no other music but Lullys and this lovely work makes one understand just what she meant ... The performance is imbued with true artistry.  Gramophone, November 1954

William Herbert, in excellent voice, deals very successfully with the high tessitura of his vocal line ... Anthony Lewis directs the admirable and welltoned instrumental playing ... and the recording and balance are first-rate.  Gramophone, November 1955 (Couperin)