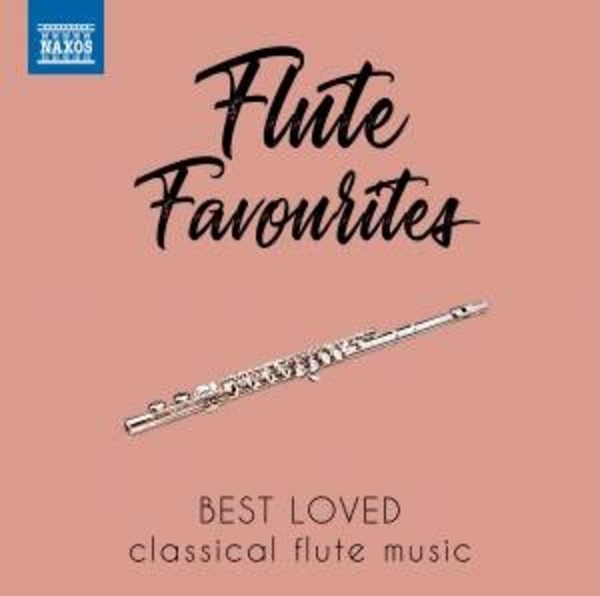 Flute Concerto in A minor, Wq166

Concerto for flute and harp in C major, K299

Flute Concerto in A minor, Wq166

Concerto for flute and harp in C major, K299

From its origins as one of the oldest musical instruments known to man to the sophisticated mechanics and elegant design today, the flute has been highly significant for every culture and historical period. Prized for the vocal character in its sound, composers such as Bach and Mozart used it for some of their most beautiful, aria-like melodies. Spectacular virtuosity later became part of the flutes nature as can be heard in Dopplers Rigoletto-fantaisie, while impressionist composers such as Debussy saw its timeless qualities as a window into nature or the sensual mysteries of a distant and mythological past.
The Best Loved series of albums covers a wide range of popular instruments, each bringing together a substantial selection of iconic and entertaining works from the vast Naxos catalogue.

Each compilation includes an extensive 16-20 page booklet which provides a full introduction to the instrument, an explanation of how its sound is produced, and descriptions of the pieces.

Each album will serve as an introduction to a specific instrument, with musical examples from the Baroque to the present, and with a mixture of solo, chamber and orchestral works. The series is aimed at listeners who do not have extensive knowledge of classical music, but who are interested to find out more about the instrument featured and about popular repertoire written for it.

The focus in these releases is a light and relaxed approach, rather than academic and theoretical: a joyful exploration and celebration of individual instrumental sounds.

This series will be accompanied by supplementary online playlists that will have additional best loved tracks for each instrument beyond what can be included on a CD.