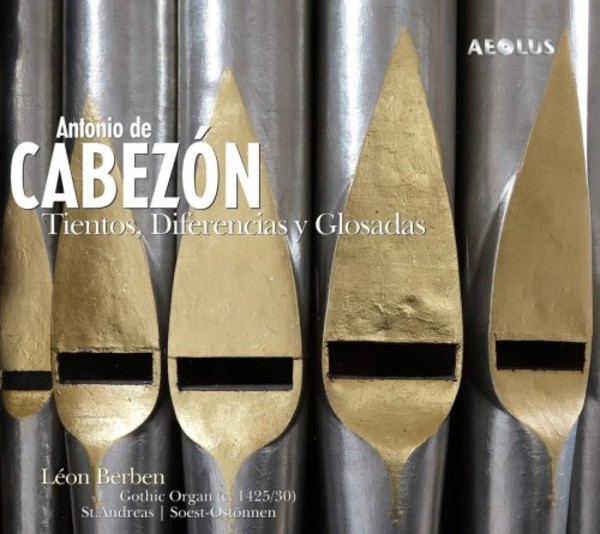 After his SACD with works by Joan Cabanilles (AE10671), which was awarded the Preis der deutschen Schallplattenkritik, Léon Berben dedicates the new AEOLUS production to one of the most important representatives of Altiber organ music: Antonio de Cabezón (1510-1566).

The Soest-Ostonnen Gothic organ used for the recording is considered to be the oldest in all of Germany. Dendrochronological investigations revealed that the wood from which some of the instrument parts were made must have been felled around 1415. Despite some alterations in the 17th and 18th centuries, the organ was largely preserved in its original condition.

Whether as organist or harpsichordist, Léon Berben can be considered a master in his field His extensive knowledge of music history and historical performance practice make him one of the leading figures within his generation of the early music world. His repertoire embraces keyboard music from 1550 to 1790. He is the co-author of various articles in Die Musik in Geschichte und Gegenwart. His interpretations are given special weight by intensive study of the sources, and constant research work, and his solo recordings on historic instruments have received great critical acclaim, winning several awards including the Diapason dOr, the Choc du Monde de la Musique, as well as the Quarterly German Record Critics Award.