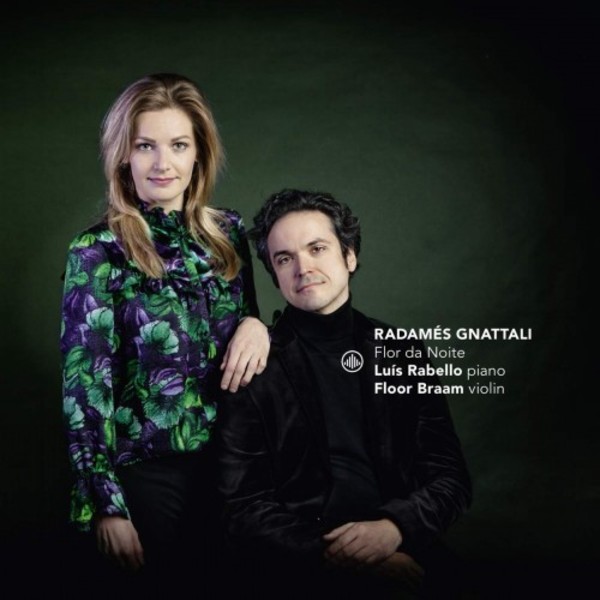 Improviso no.7
O Canto do Cysne Negro (Song of the Black Swan)

Improviso no.7
O Canto do Cysne Negro (Song of the Black Swan)

The new album from violinist Floor Braam and pianist Luís Rabello is the first complete recording of Radamés Gnattalis music for violin and piano.
Radamés Gnattali (1906-1988) was a pivotal figure of the 20th-century Brazilian classical music landscape given his unique background: a hybrid of classical virtuoso pianist, composer of symphonies, concertos and sophisticated chamber music and popular composer who immensely contributed to different musical styles in the Brazilian music scene such as the samba, choro, bossa nova and the Brazilian jazz.
Gnattali started his career as a classical pianist and was considered one of the greatest virtuosos of his generation. He spent a great part of his life as the composer, arranger and conductor of the National Radio orchestra in Rio de Janeiro.
Gnattalis widow surprised me with an unexpected present when she allowed me to take the digital copies of all music Gnattali has written for piano, that included solo, chamber and concertos. The present album is a fortunate consequence of that! The album Flor da noite brings to the public the very first recording of Gnattalis entire repertoire for violin and piano.  Luís Rabello
Named by the Spanish press as the Ambassador of Brazilian music, Luís Rabello was born in Rio de Janeiro, Brazil, into a family of renowned musicians. Winner of several prizes in his home country, Rabello studied in Moscow Tchaikovsky Conservatory in Russia and in Rotterdam Conservatory in The Netherlands, graduating in both with maximum degree.
Floor Braam (The Netherlands) has established herself as a versatile violinist, whose willingness to explore has led to various collaborations at home and abroad. Floor has initiated her own annual concert series at the Worldmuseum and concerthall the Doelen in Rotterdam, where she invited and performed with musicians such as Maxim Vengerov and Wibi Soerjadi. In 2017 Floor was selected by the Lincoln Center of Performing Arts in New York to perform on their brand new Lincoln Center Stage, an onboard classical music venue in partnership with Holland America Line. In 2015, she made her solo-debut with the Zakhar Bron Chamber Orchestra at the Concertgebouw in Amsterdam.