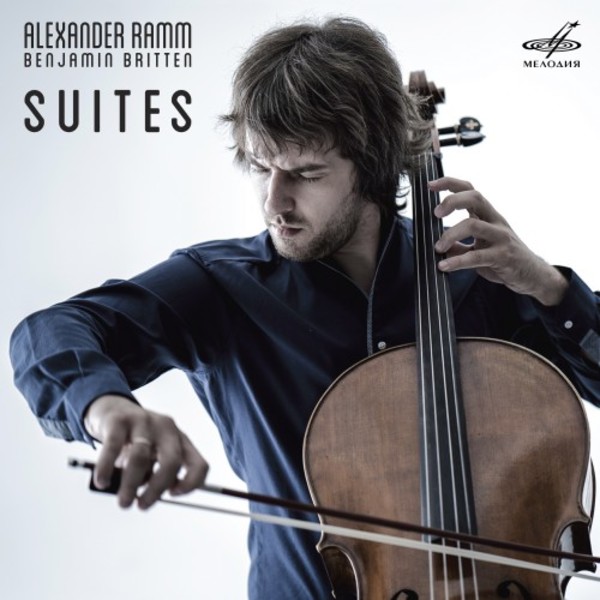 The most eminent English composer of the twentieth century who, after a two-hundred-year hiatus, again raised the musical tradition of Britain to the heights of the musical Olympus. The composers connections with Russian music and musicians were significant, but Rostropovich was the one with whom Britten had the closest friendly and creative contact. Under the influence of the performers art Britten returned to instrumental music, writing a cello symphony and a cello sonata for Rostropovich. The cycle of Suites for solo cello, which Dmitri Shostakovich ranked among the best chamber pieces, followed.

'Hes been and gone and done it. He has expanded the possibilities of the instrument so much that I had to re-take a course of a peculiar music school', Rostropovich said about the First Suite that was finished in 1964. For a decade, Britten worked on a cycle of three cello suites, in which he combined the compliance with Baroque examples (in particular, Bachs cello suites), echoes of European 'neoclassicism' of the twentieth century and unlimited admiration for the art of Mstislav Rostropovich. Like Shostakovichs famous Eighth Quartet, Brittens suites (Nos 2 and 3) contain self-citations from his other works, which help expose their figurative and symbolic programme; the last suite contains citations from Russian folklore and Orthodox songs as a sign of a profound creative connection. The art of the greatest representative of the Russian cello school inspired many composers and brought to life one of the brightest creative pages of the genius British composer.

Benjamin Brittens cello suites are here performed by Alexander Ramm, a graduate of the Moscow Conservatory where he studied with Professor Natalia Shakhovskaya, one of Rostropovichs students. Ramm, who recently celebrated his 30th birthday, is a prize-winner of prestigious international competitions, including the prize of the Genevabased Neva Foundation in 2011 and a silver medal at the 15th International Tchaikovsky Competition in 2015. Ramm has won the international fame of an outstanding cellist who combines vivid artistic virtuosity with in-depth comprehension of the music he performs.

Alexander Ramm is the first of the Russian musicians after Mstislav Rostropovich to turn to Benjamin Brittens suites for solo cello. Ramm is also the first to record them in Russia.

'It is cruel, you know, that music should be so beautiful.' - Benjamin Britten