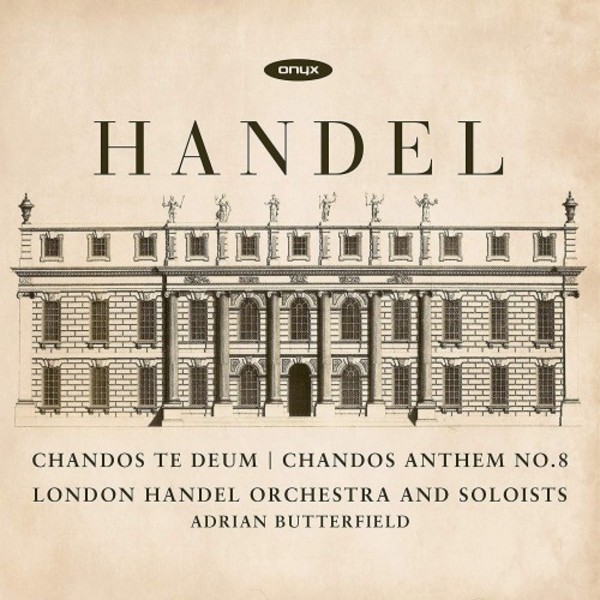 Before coming into contact with James Brydges, Earl of Carnarvon, Handel was in dire straits in London. His pension of £200 a year for teaching the Royal princesses had stopped and so had the public taste for opera. London had plunged into a hedonistic alcohol and gambling-driven lifestyle, where the bawdier things were, the better. Brydges, one of the most colourful and roguish figures of the day, had built himself a vast palace (from plundered wealth whilst he was Paymaster General during the Spanish Wars of Succession) to rival anything the King could boast of - Cannons House in North London. Set up as a rival court to King George I, he employed Handel to replace Johann Pepusch as Kapellmeister. No surprise that the Earl has been described as having no enmity with his conscience. Brydges would have 13 Chandos Anthems and the Te Deum on this recording composed by a grateful Handel.

It couldnt last though - Handel was lured back to the embrace of the Royal Court and Londons newfound love of opera. The first Duke of Chandos (as Brydges had become) lost his vast fortune and his home in the South Sea Bubble financial crisis of 1720 and Cannons House was demolished, its treasures and features sold off. It was as if it had never been - except for Handels glorious music composed at Cannons House.