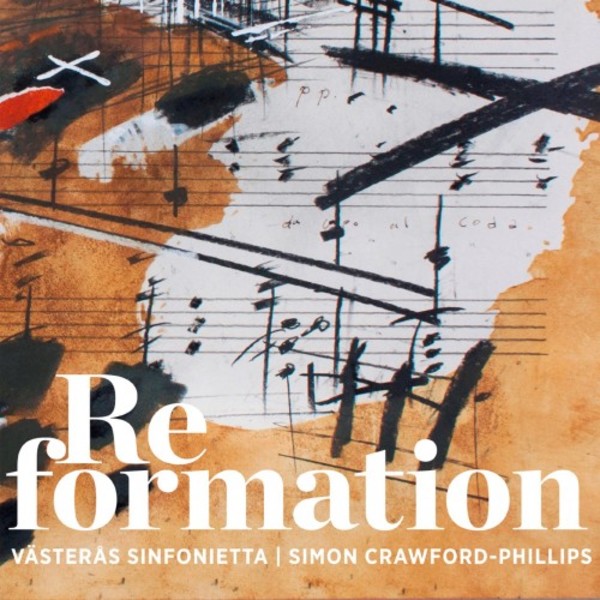 Fanfare for a New Theatre
Ragtime

Fanfare for a New Theatre
Ragtime

Simon Crawford-Phillips, the principal conductor of the Swedish award-winning orchestra Västerås Sinfonietta, now presents an album on the theme Reformation. The main work is, naturally, Felix Mendelssohns Fifth Symphony. Its succeeded by works that somehow have been transformed over the years, such as the second movement of Robert Schumanns Violin Concerto (with a coda by Benjamin Britten), and Debussys Danse in Maurice Ravels orchestration.
Simon Crawford-Phillips has established an extraordinarily varied career as soloist, chamber musician and most recently as a conductor. He has made recent conducting debuts with the Swedish Radio Symphony Orchestra, Musica Vitae, Dala Sinfonietta, Nash Ensemble and English Chamber Orchestra and assisted Daniel Harding at the Verbier Festival. In August 2016 he conducted the première of Britta Byström's Violin Concerto at the Baltic Sea Festival with Musica Vitae and Malin Broman and two weeks later was invited by Västerås Sinfonietta to open their season as conductor and soloist. As a result he was appointed chief conductor and artistic adviser of Våsterås Sinfonietta from 2017.

The Nightingale: A Tribute to Jenny Lind

Schnelzer - A Freak in Burbank: Chamber and Orchestral Works

Back to StockHome: Works for Double Bass