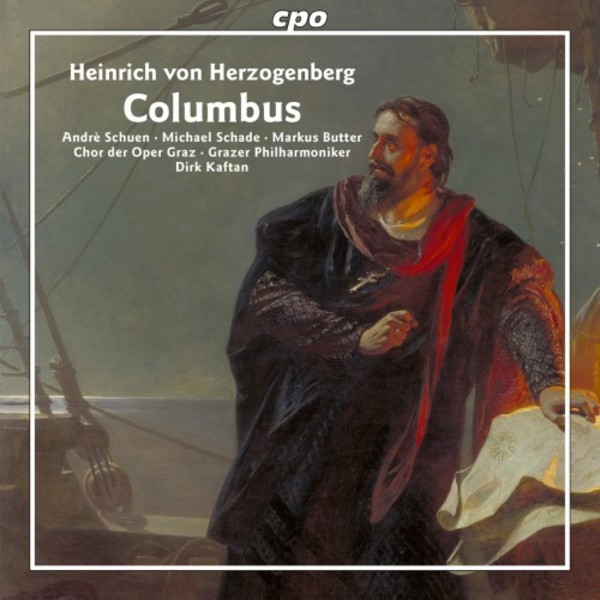 Columbus: Dramatic Cantata for soloists, male choir, mixed choir and full orchestra, op.11, which celebrated its premiere at the Graz Music Society Concert Hall on 4 December 1870, is an extraordinary work within Heinrich von Herzogenbergs oeuvre as a whole and differs greatly from many other compositions by him. During his younger years Herzogenberg was very much attracted to Wagner and the 'New German' style  which also had an impact on Columbus, resulting in a work that is a combination of both stage and concert genres. Like Wagner, he wrote the libretto himself and did so while following the model provided by the typical four-part sequence of a drama with a presentation, an intensification, a climactic or turning point, and a resolution. After the successful premiere a review appeared in the Grazer Tagespost that is all the more interesting insofar as it was penned by Friedrich Hausegger, a member of the so-called 'progressive camp'. If we think merely of Herzogenberg as the Brahms emulator of his middle and later creative phases, then Hauseggers words correct our one-sided picture of the composer: "We were most pleasantly surprised by his Columbus. With it the composer proved not only that he can assemble little elements, perhaps ones formed in imitation, to produce a well-formed whole but also that he can draw on impressive resources, that he is able to master a significant subject with a bold and sure hand."