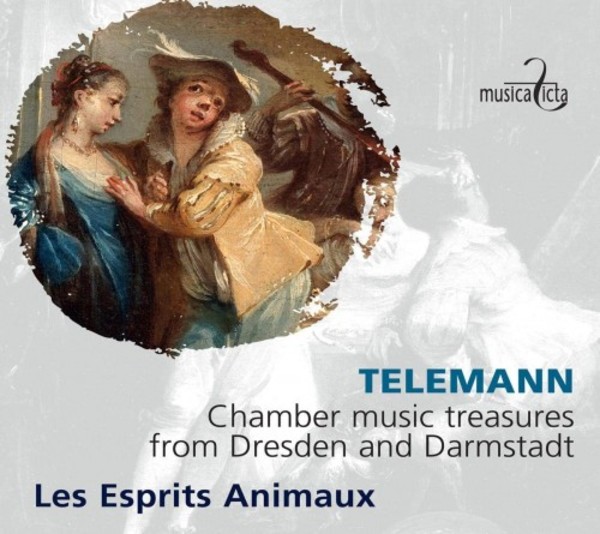 With their third album, Les Esprits Animaux, an ensemble who are well known for their authentic interpretations of the baroque music, presents world premiere recordings of three jewels by Telemann including two of the Dresden Quartets recently attributed to the composer.

Telemann was one of the most famous and prolific composers of his time and one of the most productive composers in the history of music, with a catalogue of almost three thousand compositions. Proof of the popularity of Telemanns music and personality is to be found in the actual origin of the pieces performed here, Darmstadt and Dresden. Telemann did not work in either of these cities officially, but his personal contacts took his works to both of them to be performed by top-class musicians. With the exception of the relatively well-known Concerto alla Polonese, the other pieces on this recording aim to do justice to some of those still hidden treasures from his repertoire. Furthermore, three works are recorded here as a world premiere and constitute real jewels.

Les Esprits Animaux is a Netherlands-based baroque band created in 2009. The group has earned great acclaim from both music critics and audiences. It has enjoyed an intense concert schedule, performing in several European countries as well as in Japan.

Trumpets in Concert: Colours of Christmas